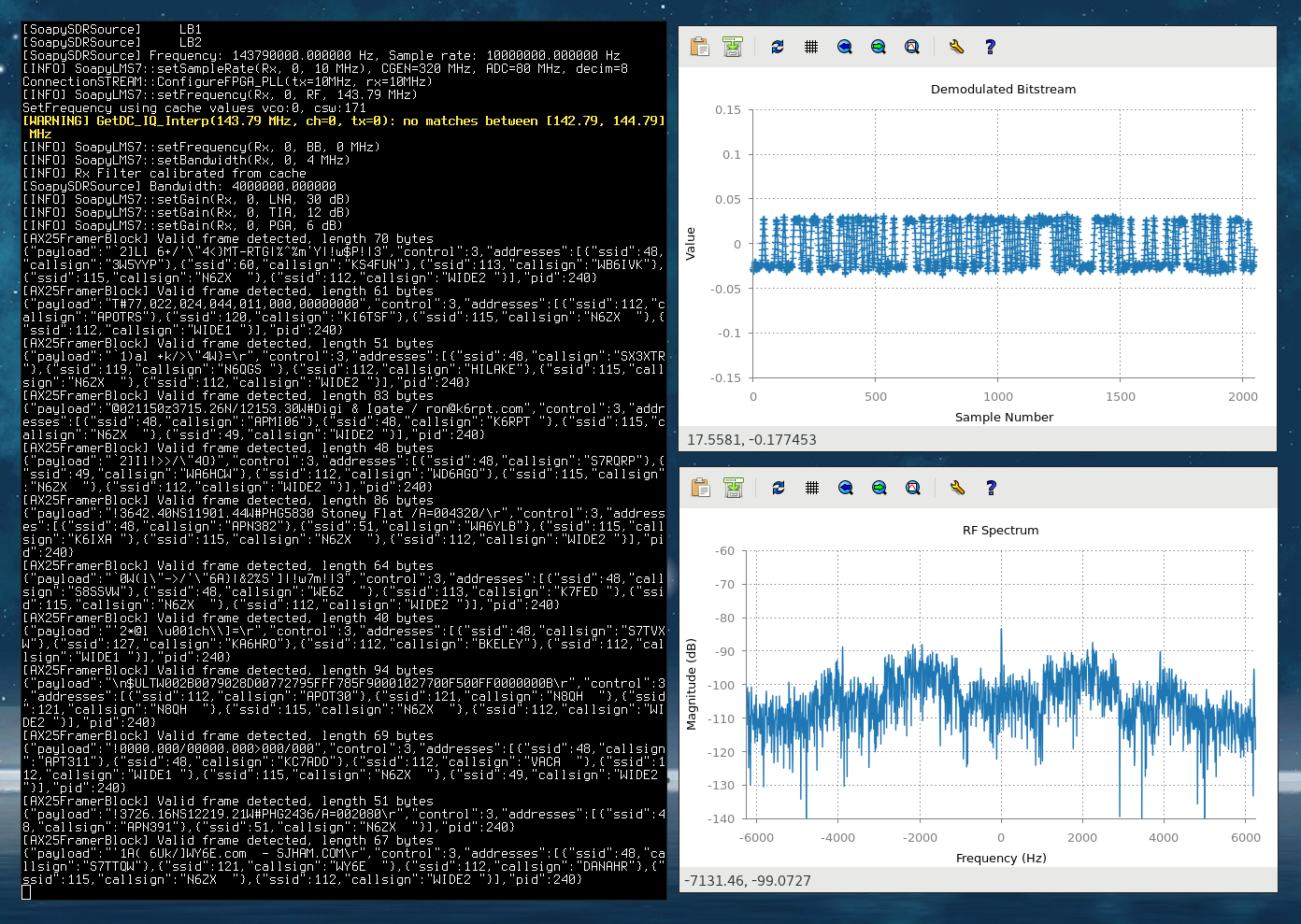 Receiving AX.25 with LuaRadio and LimeSDR

LuaRadio is a lightweight, embeddable flow graph signal processing framework for SDR and as the name suggests, it is written in the Lua language. It benefits from no external hard dependencies and a binary footprint of an impressively small <750KB, which even includes the LuaJIT just-in-time compiler.

In short, LuaRadio provides an environment similar to GNU Radio and that is also complete with source, sink and processing blocks — albeit without the many dependencies. However, should real-time acceleration be desirable, it can be used together with the similarly lightweight and minimal dependency liquid-dsp library, or alternatively with the Vector-Optimized Library of Kernels (VOLK) that targets SSE*, AVX, AVX2 & NEON SIMD processor extensions.

While we’re huge fans of GNU Radio, it’s always good to have more options and LuaRadio should appeal to those with embedded uses and, of course, fans of the Lua language. It should be noted also that VOLK is borne out of GNU Radio, and integration with LuaRadio is in that great tradition of open source projects learning from and building upon the work of each other.

Transmitting a tone with LuaRadio and LimeSDR.

It should come as no surprise that when we learned about LuaRadio we were keen to see support for LimeSDR. Having provided its developer, Vanya Sergeev, with access to prototype hardware, only a matter of weeks later he got in touch to share screenshots of example applications working with LimeSDR. Not only this, but he has also packaged the LimeSDR host driver for Arch Linux.

We’d like to express our gratitude to Vanya for his work on LuaRadio and creating the Arch Linux package for LimeSDR, it’s hugely appreciated! We now look forward to seeing what applications people build with LuaRadio, along with other great frameworks such as GNU Radio and Pothos.