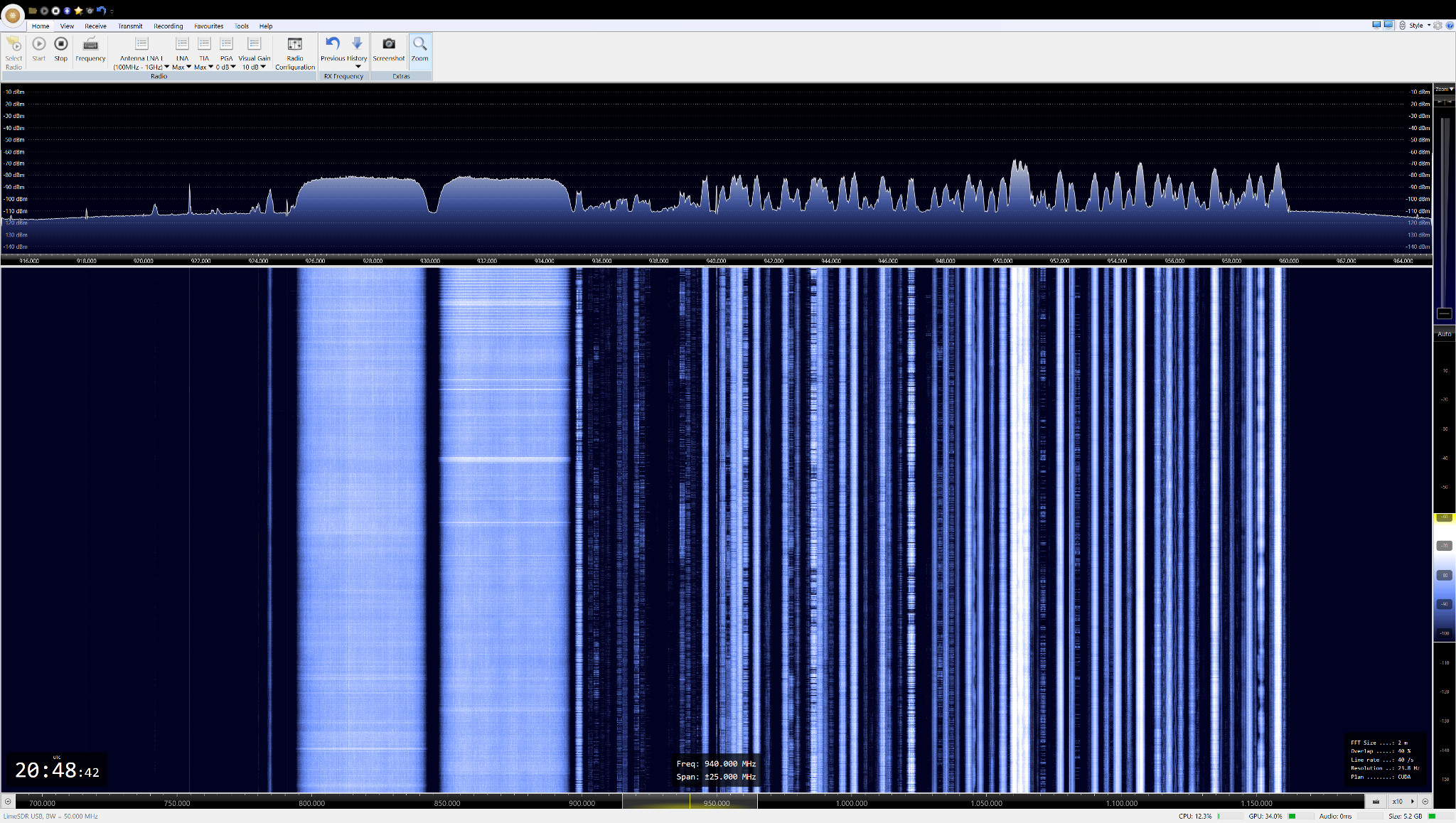 The crowdfunding campaign may have drawn to a close — and what a fantastic result! — but work continues in the core engineering team in order to get full scale production and testing in place, and also in the community of beta testers which have early access to LimeSDR hardware.

In this post we’ll take a quick look at some initial experiences using LimeSDR with Windows.

It’s not something that we’ve previously highlighted, but LimeSDR comes with support for use with not only Linux systems, but Windows and OS X systems also, via pre-built binary installers and “homebrew” respectively.

The simplest route to using LimeSDR with native Windows is to get the PothosSDR installer, which bundles Lime Suite — the driver infrastructure — with the excellent Pothos data-flow framework, along with other great SDR software such as GNU Radio, Gqrx and CubicSDR also.

The top image is a screenshot of the SDR Console Windows software that comes courtesy of the author, Simon Brown (G4ELI). Here the LimeSDR was configured for a bandwidth of 50MHz and we can see GSM carriers in the spectrum display. Simon also noted how the CPU load on an Intel i7-5820K was low, thanks to FFT being offloaded via CUDA to a GeForce GTX 970 graphics card.

In a series of posts over on the discussion forums, Marty Wittrock confirmed that he was able to use his LimeSDR with Ubuntu running inside a VirtualBox VM on top of Windows 10, before going on to detail the steps that he’d taken. This provides not only a great solution for Windows users who might want to run Linux SDR applications, but for those who need to quickly test something.

It’s really great to have confirmation that LimeSDR can be made to work together with an operating system running in a VM and via USB passthrough from the host computer. This is obviously quite different from attaching a mouse or some other simple peripheral, when you consider that, given its total bandwidth, LimeSDR can very easily saturate USB 3.0!