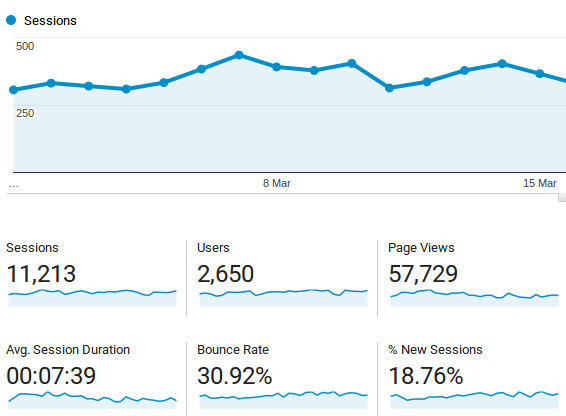 As the Myriad-RF community continues to grow and develop we take a brief look back over the past four or so years, at some recent statistics, and how community and projects are evolving.

It started with a board

Actually, it started with two boards: the original Myriad-RF module and the companion DE0-Nano digital interface. However, it’s fair to say that the LMS6002-based RF module was what started it all and enabled wideband, multi-standard RF capabilities to be integrated into digital designs with the addition of simply a HiRose FX10A-80P connector. In other words, without having to worry about laying out and manufacturing an RF PCB that would perform well at up to 3.8GHz.

What this meant was that digital designers could be far more easily add RF to designs and the DE0-Nano interface provided a means of quickly evaluating the module and facilitating prototyping. This was just the first such digital interface and the addition of the Zipper FMC/HSMC board saw the family evolve to become the Reference Development Kit, centred around the original RF module, which was subsequently re-designated the “Myriad-RF 1” for the sake of clarity.

The Society of Amateur Radio Astronomers also decided to use the Myriad-RF 1 at the core of “a low cost hardware that enables radio astronomers and educational institutions to perform high quality astronomical measurements.”, coupled with their own USB 3.0 digital interface.

In addition to which we’ve also seen many other uses of the module with custom hardware in the wider community, confirming a real need for a compact module that is without USB or PCI interfacing, and which naturally lends itself to being embedded in larger designs.

Over the past few years we’ve become home to numerous other projects, many of which continue to be actively developed and/or manufactured. For example, the already well established and highly popular ClockTamer project from Fairwaves joined the family, with Lime Suite being developed to support LMS7002M hardware, and an effort by Lime Micro to wikify key official documentation.

We notably had a very successful collaboration with the Novena project on an RF module for their open hardware computing platform. Also worth mentioning is that the STREAM FPGA development platform benefited from an OpenRISC System-on-Chip implementation.

These significant increases in traffic have been carried across the main website and wiki also, with the sum total page views for all three in March amounting to just short of 100,000. This represents a roughly four fold increase in traffic in the space of only three months.

A nice problem to have, as the saying goes, this meant that in early March we had to double the CPU and RAM allocation for the cloud instance hosting the forums. Earlier today we increased the storage.

Of course, this recent dramatic increase in traffic is perhaps not such a surprise considering that LimeSDR hardware recently started shipping in volume.

Whereas earlier projects could be considered highly specialist in that they mostly target either engineers designing their own hardware or specific use cases, LimeSDR has far broader appeal and is closer to something that you might regard as being plug-and-play. This and a successful crowdfunding campaign that has enabled volume manufacture and thousands of units to be shipped — with some still go out out — can be attributed as the reason behind this sharp increase in traffic.

What has been really great to see is that over a very short period of time, as new LimeSDR owners have come up to speed with the hardware and associated software, they have joined the beta testing community and engineers from Lime Micro in providing support to users that are just starting out. While a great deal has been invested in the development of the driver software infrastructure and API support, the LimeSDR is an incredibly flexible platform that can be configured in many different ways. As such there can be an initial steep learning curve with first use, depending on the application etc.

Looking to the future

Myriad-RF continues to be a community and family of projects for engineers designing their own hardware and looking to integrate RF capabilities into digital platforms. However, with the addition of LimeSDR it has now also become home to software developers, system builders and enthusiasts just starting out with SDR. With this in mind the challenge is to make sure that appropriate resources are made available and those of all levels of technical ability are made to feel welcome.

Perhaps now more than ever, software packaging efforts — such as those undertaken by Josh Blum and Alexandru Csete — are vitally important as they make it much easier and faster to get up and running. We’ll also be doing more work on the app store side and further updates and additions to the wiki are planned for over the coming weeks.

As ever, if you’d like to get involved as a contributor to an existing project or documentation etc. or would like to propose a new project, we’d love to hear from you and please do get in touch!