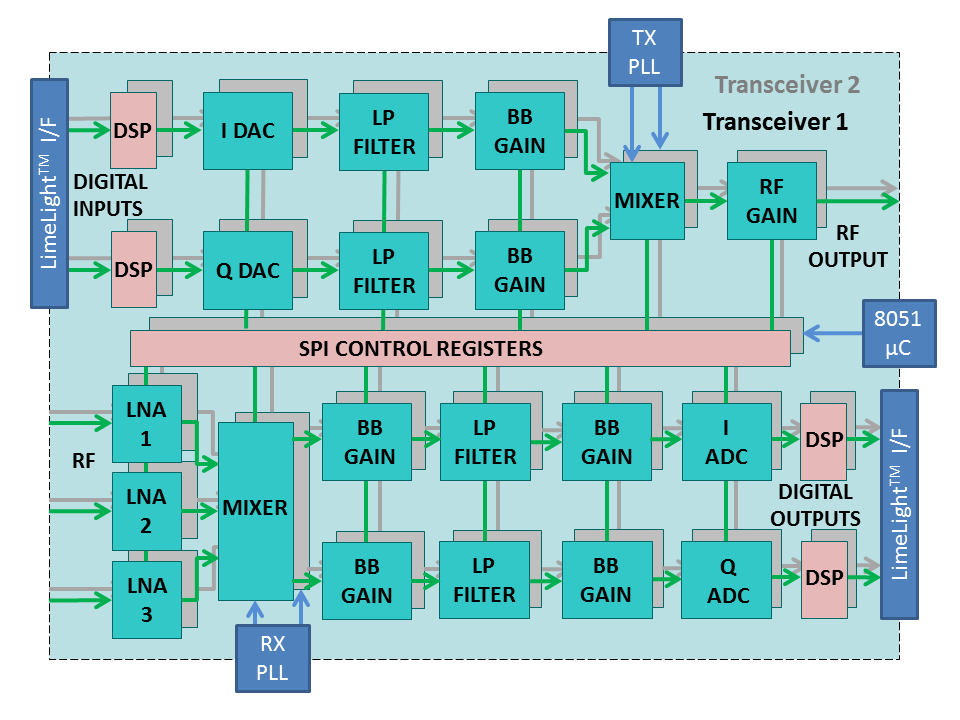 Last week Lime Microsystems launched their second generation field-programmable RF (FPRF) device, the LMS7002M. This improves on the tried and tested LMS6002D by providing a dual-transceiver which is 2×2 MIMO capable, with frequency coverage extended all the way down to 50MHz, and that is based on a 65nm CMOS process which gives reduced power consumption.

Just a few of the key features of the LMS7002M include:

For further details see the product page, which includes a link to a comprehensive datasheet.

As with the LMS6002D, Lime will be making detailed documentation for system designers available without the need for an NDA, such as a programming and calibration guide.

Lime are also working on the design of a new module for the Myriad-RF Reference Platform, that is based around the LMS7002M. This will offer backwards compatibility with the LMS6002D-based Myriad-RF 1, and it should be possible to use this together with existing Reference Platform interfaces such as Zipper.

Those attending Mobile World Congress in Barcelona next week will be able to see a demo of the LMS7002D, and we’ll be publishing further details of the new RF module here in due course.