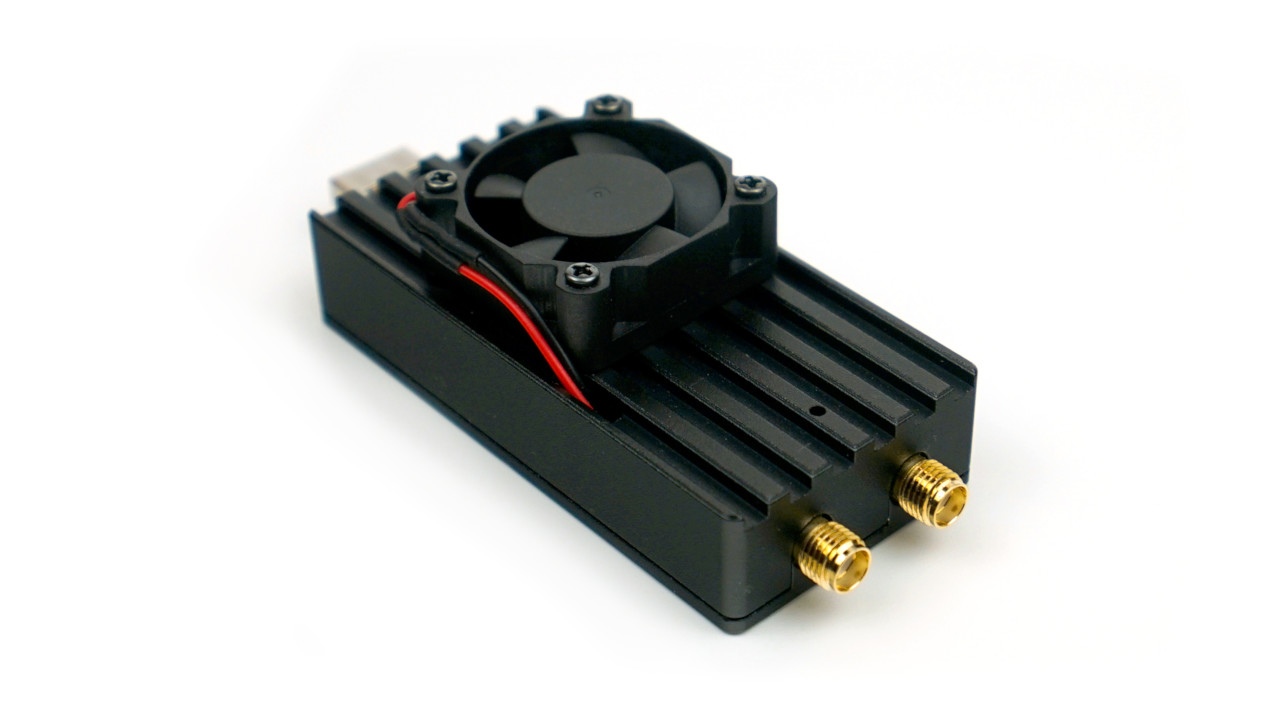 Designed to provide both a protective enclosure and active, rather than the more usual passive, cooling, the Hacker Gadgets Lime AC Case connects heat sources on the LimeSDR Mini or LimeSDR USB to an aluminium chassis. For those who value silence, the fan can be disabled or removed entirely.

Adrian Musceac has announced the pre-release of QRadioLink 0.8.0, in alpha form, which brings a major overhaul to the graphical design of the utility.

Designed primarily for educational use, but also popular as an amateur radio transceiver for SDR hardware, QRadioLink 0.8.0 includes a range of improvements over previous releases. “The transceiver application has received a graphical re-design with UI elements from Gqrx,” project creator Adrian explains, “and contains improvements to the digital voice modes, audio compressor, multiple sample rate support up to 4 Msps and some performance tweaks.

“The new interface gets rid of the GNU radio Qt GUI elements and is based entirely on Qt5. Of course, QRadioLink still supports the LimeSDR and Lime-mini through SoapySDR. Since there is no release build yet, users can test alpha1 by building it from the “next” branch of https://github.com/kantooon/qradiolink.”

The full release, Adrian details on the MyriadRF forum, is due to land in the coming months “after any issues found are ironed out.”

Responding to a project idea from Bert Hubert and Martin J. Levy announced via Twitter – the creation of a global network of observation stations for GNSS systems including GPS, Glonass, BeiDou, and Galileo – Luigi turned to the LimeNET Micro as a perfect candidate. “I tried to make it work on my LimeNET Micro,” he explains. “Apparently, the built-in GNSS module (Ublox-M8) is compatible. Just need to solder a couple of jumpers to enable the bidirectional UART interface.

“Soldered a couple of jumpers on the LimeNET Micro and now I have complete control of the UBlox-M8 GNSS module,” Luigi continues, posting a screenshot of the result on Twitter. “Tunnelling the serial to my desktop via netcat.”

Luigi’s use-case for the LimeNET Micro’s GNSS module is somewhat niche, hence the need to break out the soldering iron – but the open nature of the device and features like this that are designed-in to support such specialist use cases, clearly rewards tinkerers.

Luigi has also partnered with fellow community member Lucas Teske on the creation of an quick-and-easy image for the Osmocom Base Transceiver Station (BTS) package on LimeNET and Raspberry Pi-connected LimeSDR hardware.

“I’m working with @luigifcruz to get an easy Osmocom BTS setup working on PiSDR Image that will be compatible (for now) with @LimeMicro stuff (Testing on LimeNET),” Lucas announced via his Twitter account earlier this month. “So far I was able to get everything compiled and working. Just need to fix some issues of USB drops.”

Once complete, the operating system image will make it as simple as possible for LimeNET Micro users – along with those using LimeSDR hardware on a Raspberry Pi – to get started with Osmocom BTS.

Salil Tembe has published another guide to using the LimeSDR Mini, this time to transmit single side-band (SSB) audio – either as a stand-alone effort or as a precursor to QO-100 satellite communications.

“There are so many new RF devices coming out these days which has pushed the envelope the technology where a common person can access it. In one of the previous posts, I demonstrated how LimeSDR Mini can be used like a RF source,” writes Salil. “This time, we will be looking at generating SSB (Single Side band) Amplitude modulation. SSB Transmission with LimeSDR Mini can be a useful thing for those trying to get their setup ready for QO-100 satellite.

“We will be making use of LimeSDR Mini and GNU Radio to generate SSB modulation. By the end of the article you should be able to generate SSB at any frequency you desire. The QO-100 satellite up-link has a frequency in the 2.4 GHz band.”

The full guide is available now on Nuclear Rambo.

SDR-Radio developer Simon Brown has published a video showing communication with the Es’hail-2 (QO-100) satellite via a LimeSDR USB and his SDR Console software.

“The station you hear at the start is ZS6YI. The equipment: LimeSDR, Octagon LNB, 1.4m prime focus dish,” Simon writes on his website. “The Octagon LNB is unmodified, as a result it drifts badly. At the top right of the video you see the Geostationary Satellite Beacon window which is locking the display to the upper QO-100 beacon. The S Meter is using the analogue option, displaying Signal to Noise Ratio (SNR) which is a good option for satellite use.”

The video, which was captured on a system running SDR Console 3.0.14, is available now on YouTube.

RTL-SDR has brought our attention to a new MySdrPlayback release, adding support for reading IQ data from SDR# and SDRUno recordings.

Written by Chris Smolinski for Apple’s macOS, MySdrPlayback is designed for offline analysis of IQ recordings. “It makes it easy to slog through lots of recording files, looking for interesting signals,” Chris explains. “Load a file, and a waterfall for the entire file is created. You can scroll around, and if you see anything that looks interesting, you can drag select it, and then demodulate it. You can even save the demodulated audio as a WAVE file, that you can listen to later, send to someone else, or play into your digital decoding software, if it is an RTTY, SSTV, etc. transmission.”

In its latest release, announced on Twitter, MySdrPlayback gains support for IQ recordings from SDR# and SDRuno; these join existing supported packages Perseus, SdrDx, and SpectraVue. “Support for other SDR recording file formats is possible,” Chris writes, “you’ll need to work with me by providing sample files and details on the format.”

More information on the program can be found on the Black Cat Systems website.

The US Defence Advanced Research Projects Agency (DARPA) have named the ten finalists in its competition to find artificially intelligent solutions to congested radio environments – the Spectrum Collaboration Challenge.

A three year project now coming to a close, the Spectrum Collaboration Challenge finishes with a head-to-head competition between the finalists at the Mobile World Congress Los Angeles conference on the 23rd of October. Each team fields a radio design which uses AI to improve its use of shared spectrum, and the top performers will walk away with $2 million, $1 million, or $750,000 in prizes for first, second, and third places.

“These teams have fought long and hard for their chance to compete in SC2’s Championship Event,” says Paul Tilghman, programme manager in charge of SC2. “After three-years of competition, this final roster reflects some of the best minds working at the intersection of AI and wireless communications.

“SC2 aims to determine if there is a future in which AI-enabled radios can autonomously navigate the wireless spectrum, eliminating the need for rigid, human-managed spectrum bands – or traditional spectrum allocation. The novel approaches developed by our competitors could enable us to make more efficient use of the spectrum we currently have available, and possibly forestall spectrum scarcity that threatens future performance as more and more devices come online.”

More information on the final can be found on the official website.

Based on a low-cost Adafruit Feather M0 with 900MHz radio, the joystick features an analogue joystick and a single trigger. Communication takes place over LoRa, with support for the LoRaWAN protocol listed as a potential future upgrade. The hardware is then all enclosed in a 3D printed case, designed for minimum size and maximum portability.

“The concept is simple – wire the “trigger” switch to a digital/ground on the Adafruit board, then wire the joystick axis to the analogue pins,” Jay writes. “The code is simple and it’s designed only for light troubleshooting of LoRa-based robotics.”

Build images of the joystick can be found on Jay’s Instagram profile, while the 3D design files are available on Tinkercad, printable STL files on Thingiverse, and the Python code that drives on on GitHub.