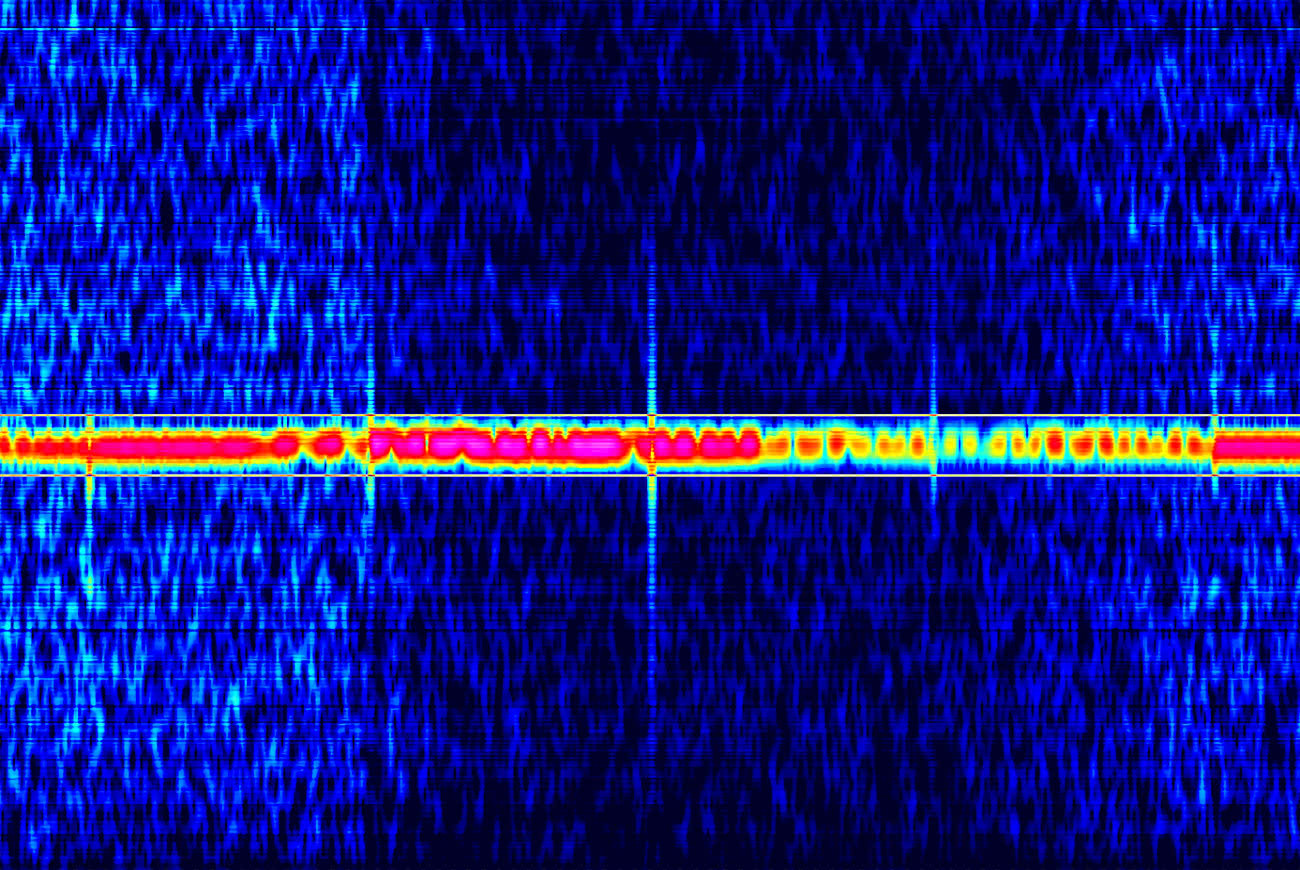 Following on from the first and second entries in the series, Karl’s latest posts are designed to take the theory into the realm of practice. The third entry covers the use of the self-test example to practice creating a functional application without the need for external hardware like antennas; the fourth goes still further to produce a working VHF FM receiver.

Those looking to follow along with Karl’s Pothos tutorial will be interested in the release of Pothos 0.5.1 earlier this month, which acts as a minor point release to the 0.5 branch with small but recommended bug fixes.

The biggest improvement in Pothos 0.5.1 is a patch to fix a rare corner case in buffer inlining for amalgamated multi-buffers, which could cause headaches for those unlucky enough to trigger the condition. Another fix comes in the Util FileLock implementation, which no longer suffers from a memory leak that could eat up RAM unnecessarily. Other changes include a fix for cloning the repository into your home directory, improved handling of Windows-style newlines, and increased exception handling.

The latest version of Pothos is always available from the official GitHub repository under the Boost Software Licence v1.0, with selected external libraries licensed under alternative permissive licences.

Chuck McManis has also been helping beginners get started with a handy step-by-step guide to installing the software required to use LimeSDR with GNU Radio under Ubuntu Linux.

Chuck’s guide uses the Python Build Overlay Managed Bundle System (PyBOMBS), the new installation method for GNU Radio which is designed to avoid the installation of custom personal package archives (PPAs) and minimise the extra software required during installation. Although written with Ubuntu users in mind, Chuck’s guide should be applicable to other Linux distributions.

Lime Microsystems and Quortus have announced a new addition to the LimeNET App Store, bringing Quortus’ PocketEPC core network technology to LimeNET and LimeSDR users as a means of improving access to experimental and production cellular wireless networking technology.

“Wireless innovation is changing with LimeSDR and LimeNET allowing networks to be experiments on and rolled out far more quickly, easily and cost effectively,” said Ebrahim Bushehri, Lime Micro chief executive, during the announcement. “Quortus is the clear leader in software-defined core networks and their backing is a great example of how LimeNET and LimeSDR is getting such technology in the hands of everyone from to operators and major software houses to the huge community of developers.”

“We’ve been involved with LimeNET and LimeSDR since their inceptions,” added Quortus chief executive Andy Odgers. “The simplicity and ease-of-use of the platform is truly impressive and changes the ecosystem completely. Mobile operators can now tap into the power of the crowd. And application developers are now the ones driving value and innovation into future networks.”

PocketEPC will become available on the LimeNET App Store later this year, the two companies have confirmed.

Nils Schiffhauer has demonstrated how to receive and recognise signals from the GRAVES space surveillance platform, a radar network which tracks satellites and other objects.

“GRAVES is an extraordinary radar station,” Nils writes. “It was built to detect and follow satellites and their debris. They sequentially cover from 90° to 270° azimuth in five big sectors A to D, and change from sector to sector each 19.2 seconds. Each of this sector is further divided into 6 segments of 7.5° width, covered for 3.2 seconds each.

“They are transmitting on 143.050 MHz. If you are in Europe and tune into 143.049,0 kHz USB, you probably will hear/see some reflections of meteors, airplanes and even spacecraft. The distance between the transmitter and my location is about 630 km, and for their southerly directed transmissions, there most of the time is no direct reception. So, if you tune into 143.049,0 kHz, you will see just a blue spectrogram: noise. If you wait for a while, some signals will appear out of this blue.”

For those looking to receive satellite signals, David Andersen has released a scripting tool dubbed dopplerscript which aims to help correct for the motion of satellites relative to the receiver using the gr-gpredict-doppler GNU Radio block.

“dopplerscript is a command-line tool to input satellite doppler shifts into a gnuradio flowgraph. The doppler.py script replaces gpredict as the source for doppler frequency updates in gr-gpredict-doppler, making it easy to script satellite reception,” David explains. “I have also included a command-line flowgraph based on the classic one by otti-soft which will receive Meteor M2 LRPT transmissions. This version of the flowgraph includes the gr-gpredict-doppler modifications required to use the doppler updates from doppler.py (or gpredict).”

David has made dopplerscript available under the GNU General Public Licence Version 3, while gr-gpredict-doppler is published under an unspecified licence.

Rob Wagner has published a write-up and video of his experiments with horizontal loop antennas on the SWLing blog, as a means of reducing noise on shortwave frequencies.

“Man-made RF noise levels have increased dramatically at my place in the past six months. It has become much harder to hear weaker shortwave signals. Even the stronger stations are getting covered in all types of hash from all manner of electrical appliances,” Rob writes. “The HF horizontal loop has been around for many years now, but it’s a new antenna for me. I’ve never had a need to try one…..until now! There is some documentation out there praising this antenna’s low noise capabilities. So, it was time to find out for myself and start building an experimental version. So far, the results have been really quite pleasing!”

Rob’s YouTube video discusses the antenna desigh, its installation, and compares it against dipole and shortwave end-fed antenna variants.

Those who like to do their learning offline are invited to contribute to this forum thread of book recommendations covering software defined and general radio topics, created by community member Aleksander Alekseev earlier this month.

Community members have thus far recommended An Introduction to HF Software Defined Radio: SDR for Amateur Radio Operators by Andrew Barron and Communications Receivers: Principles and Design by Ulrich L. Rohde, Jerry C. Whitaker, and Hans Zahnd. The more recommendations the better, however, so if you have a favourite publication on the topic please share it with the community!

Elsewhere in the community, Marty Wittrock has successfully demonstrated receive and transmit through on the Windows and Linux operating systems via SDRAngel, following work by SDRAngel creator Edouard Griffiths to boost compatibility with the LimeSDR.

“The LimeSDR has a working Windows transmit and receive application,” Marty writes on the LimeSDR Facebook group. “Check out the video for more, but for those that don’t use Linux, you can now experience full transmit and receive using the Win32 SDRAngel version 3.5.5 and Zadig 2.2 that loads the LimeSDR driver. Just load Zadig first as you normally would to select the LimeSDR (after you’ve initially installed it) and then launch SDRAngel. The application will allow you to operate ANYWHERE from 160m to 70cm using any demodulator and modulator you wish (AM, FM, SSB, CW, and more!) I tested it this evening from 40m to 10m to 2m tonight and it works EXCELLENT!”

SDRAngel is available from Edouard’s GitHub repository under an unspecified licence.

Finally, radio amateur Mike Everett hit the headlines last week after picking up a distress call from a group camping on Exmoor, 70 miles away, and relaying it to the emergency services from his amateur rig at home.

Local newspaper The Bristol Post explains that a 12-year-old girl suffered a serious epileptic fit while camping in Exmoor National Park, and without reception on their cellular phones her party was unable to summon help. Using an amateur radio one party member had brought, a distress call was broadcast and picked up by Mike who called the emergency services and was able to direct an ambulance to their remote location.

“I’m a home amateur radio operator and we just use it to chat to people around the country and further afield,” Mike told the paper. “But very occasionally something happens like this. I’ve been licensed for five years and this is the first time I’ve ever had to do this.”

Jon, the man who made the emergency transmission from the child’s side, said: “I’m not sure how long Mike has been licensed as a radio ham, but I have to say how incredibly impressed I was with his professionalism. The story of May shows the importance of radio in our modern age. When all else fails, amateur radio will still be there to help.”