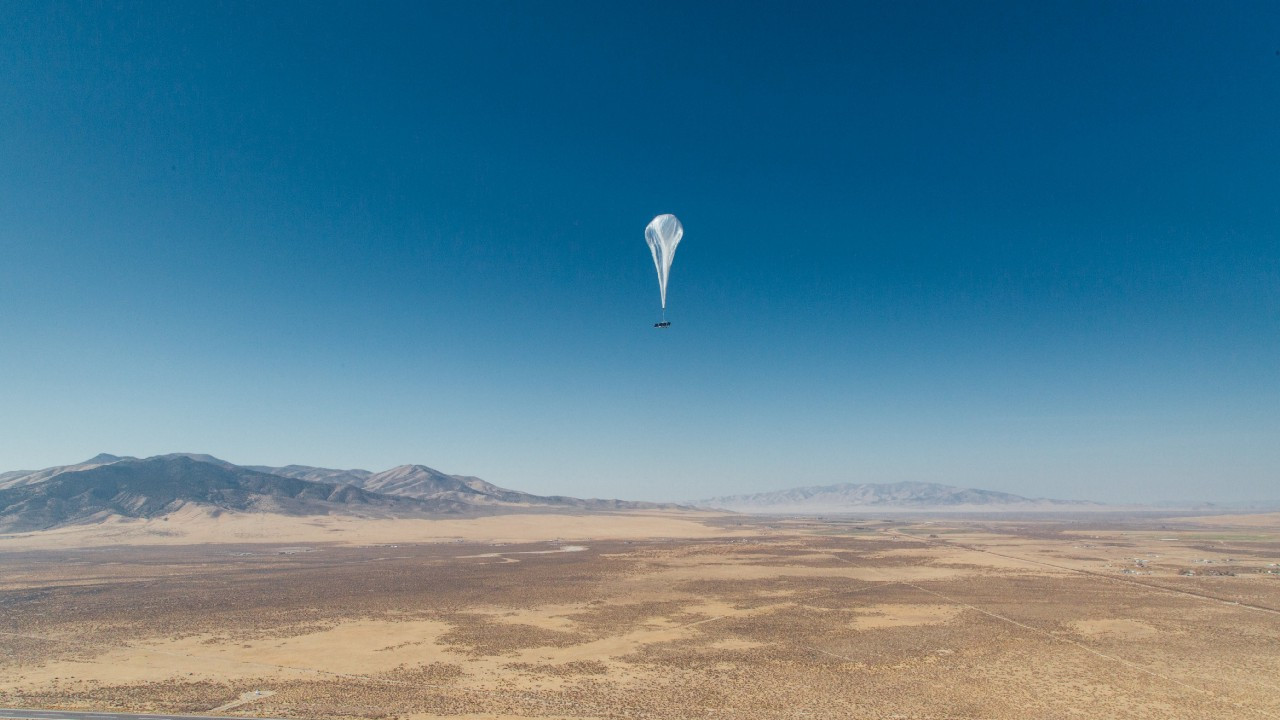 Vodafone and Lime Microsystems have announced the first in a planned series of annual hackathon events designed to benefit the Telecom Infra Project, focused on developing on top of the LimeSDR powered CrowdCell platform.

A part of the Telecom Infra Project, which aims to drive innovation in the telecommunications arena through the development of more efficient and more interoperable technologies, the CrowdCell Project Group was founded with the aim of producing a 4G cellular relay system using open-source hardware and software. Its first ‘hackathon’ event has been announced for later this month, alongside an introduction to the project from Lime Micro’s Ebrahim Bushehri and a look at the LimeSDR itself from Danny Webster.

The Project has also confirmed that the event, as well as “setting the hackathon scope and presenting a set of clearly defined challenges,” will see the launch of a crowdfunding campaign for a new, highly cost-optimised hardware platform. “If you are passionate about revolutionising the way that wireless communications systems are built, and dramatically increasing the pace of innovation, we would love to have you take part — whether you are a communications technology domain expert, software developer or a challenge owner,” the event’s organisers explain. “You don’t have to have programming experience, but it obviously helps if you do.”

More information is available on the Lime Micro website, while tickets for the event, scheduled for the 21st of September 2018 at La Nave in Spain’s Madrid, can be booked on Eventbrite.

Another event of interest to cellular fans is a joint workshop between the European Telecommunications Standards Institute (ETSI) and the OpenAirInterface Software Alliance (OSA), aimed at investigating how open implementations can support the development of 5G standards.

“The event comes at a time when collaborative and open initiatives for wireless 5G are influencing how state of the art wireless networks can be designed and implemented,” the event’s organisers explain. “This in turn is impacting the work of standards groups. This workshop is organised on the premise that open implementations can help promote innovation in wireless technologies by speeding up testing and validation of new functionality proposed through standardisation.”

Scheduled for for the 12th and 13th of December, with a pre-workshop training programme on the 11th of December for those unfamiliar with OpenAirInterface, the event takes place in Sophia Antipolis, France, at the Eurecom school and research centre. More information is available on the ETSI event page, where tickets for attendance can be book and proposals for talks or demonstrations submitted.

Those interested in an introduction to software defined radio using a LimeSDR can now enjoy the benefit of Danny Webster’s wisdom via a 15-minute presentation filmed at the Electromagnetic Field event late last month.

Designed to bring makers, hackers, and tinkerers from all fields together in a literal field, EMF Camp 2018 was particularly special this year: an on-site cellular network was provided via a number of LimeSDR-powered base stations, while the attendees’ badges could serve as mobile phones complete with voice and data capabilities. Together, those two drew considerable interest in SDR technologies – and, thus, an appreciative audience for Danny’s presentation.

In the 15 minute talk, Danny walked through the concept of software defined radio and why it’s necessary, the LimeSDR family as a specific example of how SDR systems are designed and work, and example applications including live demonstrations of Long Term Evolution (LTE) data transmission and the transmission and reception of Digital Video Broadcast (DVB) signals.

The full video is now available on YouTube, thanks to the efforts of the event’s organisers.

Myriad-RF forum member Jacob Miller has launched a project to put together a collection of example GNU Radio projects designed for or compatible with the LimeSDR Mini – and is calling for assistance from the community to make it as comprehensive as possible.

“I’ve been working with the LmiSDR Mini for a few weeks now and am loving it. I’ve created a few projects to get familiar with how to control it and how it behaves,” Jacob writes by way of introduction. “I’m hoping to contribute something useful to this community in the form of some example projects.

“I’m not looking for specific feedback, but I would appreciate recommendations for additional projects to build out or specific modification to these. My purpose in posting this was that I was looking for example projects other than those included with gr-limesdr. I’m hoping these will be useful to someone and I will to continue to add useful examples to this list.”

The current collection is available on Jacob’s GitHub repository, under the GNU General Public Licence 3, while suggestions can be offered by way of git pull requests or via the Myriad-RF forum.

Showcased in brief on his Twitter account, the project is derived from leansdr and leantrx with a custom user interface written in HTML5. Surprisingly, despite doing what appears to be some heavy lifting, the software is remarkably efficient: including generating the user interface and demodulating the signals, the system runs on an off-the-shelf Intel Core i7-based PC with the processor at a mere 15 percent load.

Pascal has some ideas for where to take the project, too, including implementing speech-to-text recognition to provide a live output of the demodulated signal in the display alongside the current data displays. Thus far, he has not released any source code for the project.

Developer Lucas Teske has been working on a Go-language driver for LimeSDR hardware, and has announced that the project is now functional for reception – complete with a demonstration program.

Designed as a wrapper around LimeSuite, limedrv provides a simple application programming interface (API) to control LimeSDR family devices from Go. Earlier this month Lucas announced via Twitter that the project had progressed to the point of having a functional reception pipeline, complete with a wideband frequency modulation (WBFM) receiver as a demonstration of its capabilities and using SegDSP for the demodulation.

The current project code, which Lucas warns still requires its methods commenting post-autogeneration, is available on GitHub under the Apache Licence 2.0.

Antenna specialist Airgain claims to have developed the first “shot-glass” multiple-input multiple-output (MIMO) antenna for Long Term Evolution (LTE) use of its kind, promising industry-leading performance in a compact footprint.

“Before today, users have been forced to use solutions that are either too bulky or require multiple enclosures to get the performance they need for their IIoT [Industrial Internet of Things] and M2M [Machine to Machine] applications,” claims Airgain’s Reed Pangborn of his company’s new design. “The new OptumX delivers two LTE antennas in a single, innovative enclosure that significantly shrinks the real estate needed for installation and use.”

The secret sauce, the company claims, is a patent-pending technique to allow the two antennas to operate in a single, small enclosure without interference. The company has confirmed it plans to release the antenna in black and white variants, both with UV protection, in November. The product is not yet live on the company’s website, but it has confirmed it will take orders and information requests via its contact page

Project Loon, an effort by Google parent company Alphabet to bring wireless internet connectivity to currently disconnected regions, has issued an update claiming to have successfully sent a signal nearly 1,000 kilometres via a seven-balloon network.

Designed as an alternative to high-cost satellite systems, Project Loon uses low-cost balloons carrying radio equipment to provide connectivity which could bring high-performance internet connectivity to rural regions and developing nations quickly and easily. Alphabet’s latest test is the most promising yet: “At one point we sent the movie Real Genius between two balloons 100km apart using free space optics. (That technology is proving useful on the ground.) We’ve kept trying new methods, and just last month we hit an exciting milestone,” Alphabet’s Savatore Candido explains. “Rather than making a connection 100km between two balloons, we went 10 times farther across seven balloons.

“The connection originated from the ground at our launch site in Nevada, where packets of data were transmitted to a balloon 20km overhead. That data travelled nearly 1,000km along a network of six additional balloons, going from desert to mountains and back again. A few weeks later, we achieved another milestone by successfully sending data over 600km between two balloons — our longest point-to-point link to date. These connections were made using custom-built antennas mounted to the bottom of our communications payload. Their accuracy is equivalent to throwing a ball 100 meters and landing it in a wastebasket. In this case, however, the wastebasket was in constant motion in the stratosphere.”

More information on the test, and what it means for the planned commercial launch of Loon connectivity in 2019, is available on the project blog.

National Instruments has published a guide to understanding the physical layer of the 5G New Radio standard, described as an introduction in just 28 diagrams.

The white paper, which spans 27 pages and includes, as promised, 28 colour diagrams, walks the reader through the physical layer of 5G New Radio based on three broad use-cases: a 5G-connected car on its owner’s daily commute, an augmented reality system for investigating a turbine malfunction, and an electric vehicle charging station.