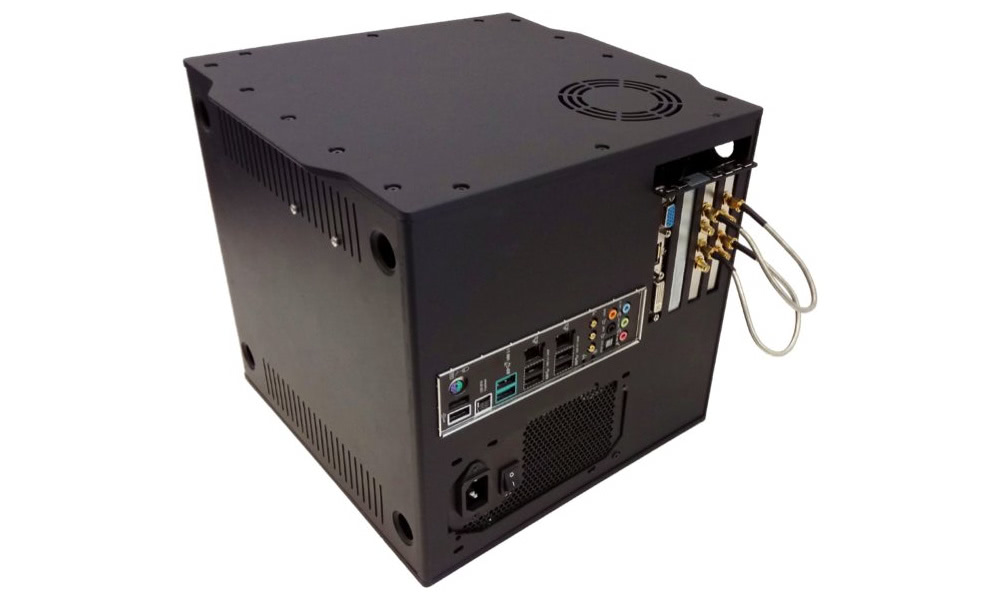 The LimeNET crowdfunding campaign has successfully closed its funding run, meaning production will go ahead on the open-source LimeSDR-powered all-in-one base stations, and with the backing of communications giant Vodafone.

Just prior to the campaign’s close, Vodafone announced that it would be providing backing for the LimeNET launch and its App Store platform. Based around Canonical’s Snap packaging system, the LimeNET App Store will allow developers to publish self-contained applications which interact with the LimeSDR hardware in each LimeNET to configure it for particular tasks such as acting as a wholly-standalone 5G base-station.

The campaign closed with 110% of the required funding, with backers due to receive their LimeNET base stations in early November this year. Although the crowdfunding campaign has ended, the project’s Crowd Supply page includes pre-order links for each model, starting at $269 for the LimeNET Gateway and finishing with the range-topping LimeNET Core and LimeNET Amplifier Chassis ‘Base Station’ bundle at $21,250.

For those who already have a LimeSDR but need a little help getting started, the LimeSDR Made Simple series began on the MyriadRF blog this week.

Karl Woodward’s LimeSDR Made Simple series is designed to help newcomers to the LimeSDR and software defined radio in general get their heads around core concepts and work up to building real-world projects based around the LimeSDR. It assumes no prior knowledge of the technology, and is to be split into easily-digestible posts so as not to scare any newcomers off before they’ve even begun!

The series’ initial post covers SDR concepts, the LimeSDR hardware and connections, and links to tutorials for installing the required software. The following entry will include details on controlling the LimeSDR’s radiofrequency input and the LMS7002 in general using Lime Suite.

If you’re in the need of more general inspiration, you’re likely to find it in the forum thread “101+ things to do with a LimeSDR”.

Running in the forums since early last year, the forum thread serves as a list of practical projects for the LimeSDR. These range from the general, such as amateur radio use and radio astronomy, to more specific tasks like remote control and monitoring of unmanned aerial vehicles (UAVs) and emulation of vintage analogue mobile telephony networks.

As well as serving as a source of inspiration for newcomers, the thread is a handy place for more experienced users to offer up their own ideas with the hope that 101 – or more – unique projects will emerge, and is well worth a visit.

In general radio news, the UK government has announced £16 million in funding for a 5G end-to-end cellular radio test network, to be deployed early next year.

“We want to be at the head of the field in 5G. This funding will support the pioneering research needed to ensure we can harness the potential of this technology to spark innovation, create new jobs and boost the economy,” claimed UK Minister for Digital Matt Hancock at the announcement. “We know 5G has the potential to bring more reliable, ultrafast mobile connectivity, with quicker reaction times and larger data capabilities, and I’m thrilled to announce King’s College London and the Universities of Surrey and Bristol have agreed to collaborate on this project.”

The three universities will each develop their own small-scale 5G networks, which will then be interlinked to form the test network itself. The government also confirmed that additional funding will be made available from 2018/2019 onward to “other academic institutions, industry, and local authorities,” details on which will be published later this year.

Thomas Cholakov has demonstrated that functional antennas don’t have to be expensive, building a working ADS-B receiver with an antenna built from five paperclips and a a single co-axial connector.

Brought to our attention by RTL-SDR, Thomas’ video demonstrates how to cut five standard paperclips to the correct size to act as a single whip antenna and four ground-plane elements tuned for ADS-B reception. These paperclips are then soldered to the co-axial connector, which is then in turn connected to the SDR for ADS-B reception and decoding – and all at absolutely minimal cost.

Finally, a discussion on the eHam.net forums offers potential help for anyone who has found their antenna feed lines becoming chew-toys for squirrels and other curious wildlife.

Self-explanatorily entitled “Squirrels chewing on my coax feedline!”, the thread includes advice for both discouraging squirrel interference and repairing existing damage to the cables. Naturally, some advice is more squirrel friendly than others: suggestions range from applying hot-pepper sauce to the cables or placing squirrel feeding points as far away as possible to rifle-based pest control.

Charles’ introduction to wireless communication started early and never slowed. “Well I built my first Crystal set when I was about 11 years old, and got my Amateur Licence when I was 17. Living near Worthing I was fortunate to be able to spend hours browsing the local Surplus Electronics store bringing back all sorts of things to pull apart at pocket money prices,” he recalls of his early experimentation. “At school my friends and I tried to build a VHF interferometer for radio astronomy, but the project ran out of money.

“My A level physics project was a 5 KHz VLF transmitter, for which I obtained a G9 Experimental callsign, then I studied Electronic Engineering at University. It was someone at the University Radio club that first introduced me to Amateur Television,” Charles remembers. “My first job after graduating was with the Transmitter group at the BBC. I stayed long enough to do the training courses but the night shifts and having to work in very high RF fields caused me to leave. I then went to work for GEC-Marconi as an RF engineer in the Advanced Television Development Group, a job I was not really suited for. After about a year and a half I took an internal aptitude test, passed, and transferred to the Software Engineering Division. I have never looked back.”

Systems featuring Charles’ designs are many, varied, and in use all over the globe. “I have worked on many things from projects for BT, mobile radio, aeronautical software systems, and the last thing I worked on before leaving was a fully automated HF radio system for the Swedish Army,” he explains. “After Marconi I went to work for a small start-up company that developed HF SIGINT [High-Frequency Signals Intelligence] software. We developed over 200 decoders for various HF systems, then the company was eventually sold to a large U.S Defence Contractor. Since then I have been self employed. These days I principally work on projects I find interesting.”

For many radio hobbyists, though, Charles is best known as the author behind the popular PC-HFDL decoder. “PC-HFDL decodes aircraft data transmissions on HF,” he explains. “It was the first hobbyist decoder available for the mode. The aircraft transmit their locations every few minutes, so it allows you to track their flights over thousands of miles. It also makes a great test bed for evaluating adaptive equaliser performance as there are aircraft up 24/7 beaconing away every few minutes.”

Charles’ experience with software-defined radio started very firmly at the industrial end of the spectrum “I saw my first SDR radio while at Marconi, it was used as part of an OTHR (Over The Horizon Radar) system. The receiver used a very fast 1-bit sigma-delta ADC if I remember correctly.” Soon, though, the allure of more affordable equipment drew him in. “I had previously been involved in a ‘low cost’ SDR based TV transmitter called DATV-Express. The LimeSDR was about the same price but had 2 channels and did receive as well, so it was a no-brainer. I also had some experience of the LMS6002D transceiver chip so I was familiar with their technology.”

Asked of the benefits of SDR over traditional radio technology, Charles is clear: “The fact that if you mess things up you can simply re-write the code rather than scrap the circuit board!”

As for what could improve, Charles has a wish-list. “There are two things that interest me for the future,” he explains. “Digital pre-distortion of transmitters and electronic beam forming. Lime has gone a long towards the development of the first and for the second we need a much higher bandwidth between the ADCs and the host processor. I am looking forward to the first affordable Thunderbolt 3 SDR!

“I have a dual-boot PC with two GPU cards – the second GPU is for visual debugging – so I can work on both Windows and Linux applications,” Charles adds of his workstation. “I principally use the Limesuite API with my own code. As some of you may know I am currently a big exponent of using GPUs to accelerate SDR functions. I also have a lot of interest in adaptive signal processing and adaptive filtering for things like channel estimation, so I have a very large library of text books.”

For those just getting started in SDR, Charles has but one piece of advice – and it’s a regret, too. “If you are a student, take as many maths courses as you can! The really advanced concepts in SDR are highly mathematical,” he explains. “I wish I had concentrated more on the maths modules at university. For everyone else always look for an SDR that has a large user base and support community, and learn as much as you can about GNU-Radio.”

Asked for a memorable ‘learning experience,’ Charles recalls an expensive and impressive lesson in unloaded transmitters. “The most expensive accident I have ever had was powering up a 1 KW TV sound transmitter with no load connected and all the protection circuits disabled,” he admits. “£1K (late 80s prices) worth of power transistors went up in a flash. Thankfully it was at work and I didn’t have to pay for them!”