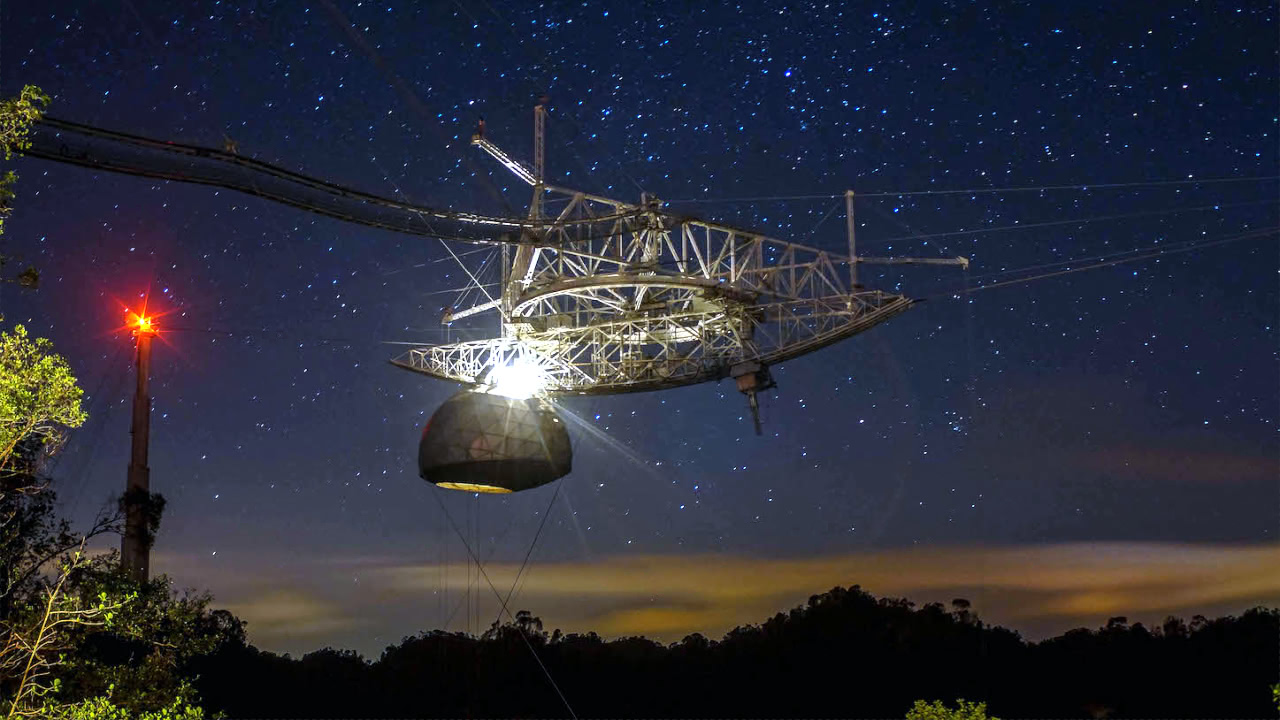 The European Space Agency (ESA) has announced a joint project with Lime Microsystems which will see the LimeSDR family of software defined radios used to develop new and innovative satellite communications systems both on ground and in space.

“With modern satellite communications, many design challenges are unique, requiring testing and experimentation to reveal what does and does not work,” explains the ESA’s Frank Zeppenfeldt of his organisation’s decision to work with the LimeSDR. “For this reason, fast prototyping of promising technology concepts is absolutely essential.”

The partnership will see 200 LimeSDR Mini units provided to satellite communications developers and the creation of the SDR App Store for Satcom, a repository of satellite communications apps hosted by Lime Microsystems and Canonical. These applications will include those for provision of Internet of Things (IoT) services via low-cost micro-satellites and SDR applications for larger satellite constellations. Prototypes will also be created for 5G New Radio (NR) provision via satellite using an open architecture.

“We’re delighted to be working with ESA and to be a part of their exciting mission,” adds Lime chief executive Ebrahim Bushehri. “Using our low-cost LimeSDR platforms we look forward to enabling a range of new applications for use in both space- and terrestrial-based satcom projects.”

Closer to earth, RTL-SDR.com and Cool SDR Stuff have both published unboxing and first-look reviews of the LimeSDR Mini, the first units of which have begun arriving with backers of the Crowd Supply crowdfunding campaign.

“The LimeSDR Mini is set to be an excellent low cost tool for experimenters to explore RF technologies with,” the site wrote in conclusion. “At only US $99 it seems that the days of cheap TX capable SDRs for experimenters have now truly arrived with the LimeSDR Mini. […] With some filters, and good software development there is no reason that the LimeSDR couldn’t be eventually converted into a versatile radio for hams or other RX enthusiasts.”

Progress on fulfilment of the LimeSDR Mini boards and associated accessories can be found on the Crowd Supply updates page.

Back among the stars again, Juniper Networks has announced a partnership with The Satellite Applications Catapult to build a network infrastructure for 5G terrestrial and satellite communications – and plans to open the test-bed in April this year.

“Communication infrastructure services underpin the development of many next generation innovations and satellite connectivity is a critical element,” explains Kieran Arnold, director of 5G at the Catapult. “The two cannot develop independently from one another. 5G underpins the overall agenda for better connecting digital infrastructure to data sharing devices across the country and hence is a key part of UK Government digital strategy. Juniper Networks’ role in helping The Satellite Applications Catapult’s involvement in 5G has been instrumental in helping us deliver on these next generation communication infrastructure advances and data services innovation.”

Vodafone and Nokia, meanwhile, have their eyes even further in the skies with a plan to deploy a 4G network on the moon capable of live video streaming back to Earth.

“This important mission is supporting, among other things, the development of new space-grade technologies for future data networking, processing and storage, and will help advance the communications infrastructure required for academics, industry and educational institutions in conducting lunar research,” claims Nokia chief technology officer Marcus Weldon of the project. “These aims have potentially wide-ranging implications for many stakeholders and humanity as a whole, and we look forward to working closely with Vodafone and the other partners in the coming months, prior to the launch in 2019.”

The 4G network will, if all goes well, provide data connectivity for a pair of Audi quattro lunar rovers in a platform claimed to weigh less than one kilogramme (around 2.2 pounds). This will include live-streamed high-definition video of their approach of the Apollo 17 lunar rover, used by the last astronauts to walk on the moon back in 1972.

Vodafone is also working on 5G technologies, announcing what it claims to be the first live call in the world to use the finalised Non-Standalone 5G New Radio specification published in December last year.

Using radio access network (RAN) equipment from Huewei Vodafone was able to successfully complete a video call using a 5G end-to-end data connection, beginning in an innovation centre in Barcelona and ending at the company’s headquarters in Madrid. While others have completed similar calls, Vodafone claims that it is the first to use the finalised NSA 5G New Radio specification – the same standard which, all being well, will be used for the commercial launch of 5G services.

Qualcomm, meanwhile, has carried out a simulation to demonstrate the likely real-world throughput of 5G data connections: around 1.4Gbps and a 4.9ms latency.

“There is a lot of interest from various stakeholders in the mobile ecosystem – cloud platform providers, application developers, device OEMs, and others – in understanding the real-world performance that 5G NR mobile networks and devices will deliver,” explains Alex Holcman, senior vice president of engineering at Qualcomm Technologies. “We undertook this comprehensive study to help the ecosystem prepare for the foray into 5G, so that application developers, for example, can begin planning new experiences and services for users with 5G devices.”

Using a simulated 5G network in a 100MHz slice of the 3.5GHz spectrum, Qualcomm was able to achieve an increase in median download speeds from 56Mbps with a 4G connection to 490Mbps on 5G NR, a ninefold boost. Latency, too, improved, dropping around seven times from 116ms to 17ms. Switching to an 800MHz slice of the 28GHz mmWave spectrum showed still further gains, with download speeds increasing again to 1.4Gbps and latency decreasing to 4.9ms.

The Aricebo Radio Observatory, opened in 1963 and home to the world’s largest radio telescope for more than 50 years, has been saved from closure and potential demolition by the University of Central Florida.

The future of the Puerto Rican facility was brought into question following budget cuts at the National Science Foundation (NSF), which had previously been responsible for the lion’s share of a $12 million budget. Thankfully, plans to decommission the site have been shelved with a consortium led by the University of Central Florida taking over the management role.

“The observatory will provide a valuable new dimension to space science at UCF while creating more academic opportunities for students and faculty at UCF, in Puerto Rico and beyond,” claims UCF president John C. Hitt of the deal. “Our lead role with the observatory deepens Central Florida’s strong ties with our fellow citizens on the island. This agreement, made possible through partnerships, also ensures that the observatory will continue to make significant contributions to space science and mankind.”

The Wireless Innovation Challenge, a joint project between open source specialist Mozilla and the National Science Foundation, has announced its first round of winners, who take a share of $400,000 to develop their ideas further.

The winners named in the first contest, the Off-the-Grid Internet Challenge, are: Project Lantern, which took first place with its compact device for hosting decentralised web applications and mapping for distribution via long-range radio and Wi-Fi to local nodes in the event of a communications outage; the High-frequency Emergency and Rural Multimedia Exchange System (HERMES), which uses software defined radio to create a suitcased-sized cellular network capable of rapid deployment; and Emergency LTE, an open-source solar- and battery-powered cellular base station with local web server functionality. Honourable mentions, and $10,000 each, were also provided to the Next-Generation Disaster Relief Mobile Phone Mesh Network, the Guardian Project’s Wind, Baculus, Portable Cell Initiative, Othernet Relief Ecosystem (ORE), and the Radio-Aware Voice Engine (RAVE).

Military Embedded Systems has published a podcast detailing the challenges of cognitive radio and spectrum management systems with a view to military use.

In the latest McHale Report podcast, editorial director John McHale talks to Ettus Research director Manuel Uhm about his work with the Wireless Innovation Forum – formerly known as the SDR Forum – and how cognitive radio and spectrum management systems of the type the DARPA Spectrum Challenge is hoping to foster will address issues with radio communications in busy environments.

Users of the popular SDR# software have a new resource in the form of Eddie MacDonald’s sdrplugins.com, a new home for his custom-written add-ons to the tool.

Presently, Eddie has published three SDR# plugins on the site: a tuning dial plugin, which provides a rotary-style knob with custom frequency control option; a night mode option to reduce glare when operating in the dark; and a Fast Fourier Transform (FFT) capture utility to simplify screenshots. Eddie has also published a preview of an upcoming toolbar plugin, designed to provide quick access to frequently-used tools and functions.

SignalSearch has published a video demonstrating how to use an active magnetic loop antenna on a software defined radio to identify sources of radiofrequency interference.

Described as “a great tool if you are suffering from noise at the shack,” SignalSearch’s video shows how a the directionality of a magnetic loop antenna can be used to hone in on noise sources. During the short demonstration, SignalSearch finds several sources common to homes throughout the world: low-energy lightbulbs and Powerline Ethernet networking adapters.

Finally, SDRplay has released a tutorial video demonstrating how to use SDR Console v3 to both access remote radios and make your own SDR remotely accessible.

“This video is a screen-by-screen guide to both accessing, and setting up your own, remote SDR radio using the new SDR Console V3 software from SDR-Radio,” the video’s description explains. “Please note: you need to have a good internet connection since (unlike in V2), the entire I/Q data is being sent over the internet. This also limits how much visual bandwidth you are can see at any one time.”

The tutorial is based on SDR Console v3, which was released in beta form earlier this month and is available for download on the official website.