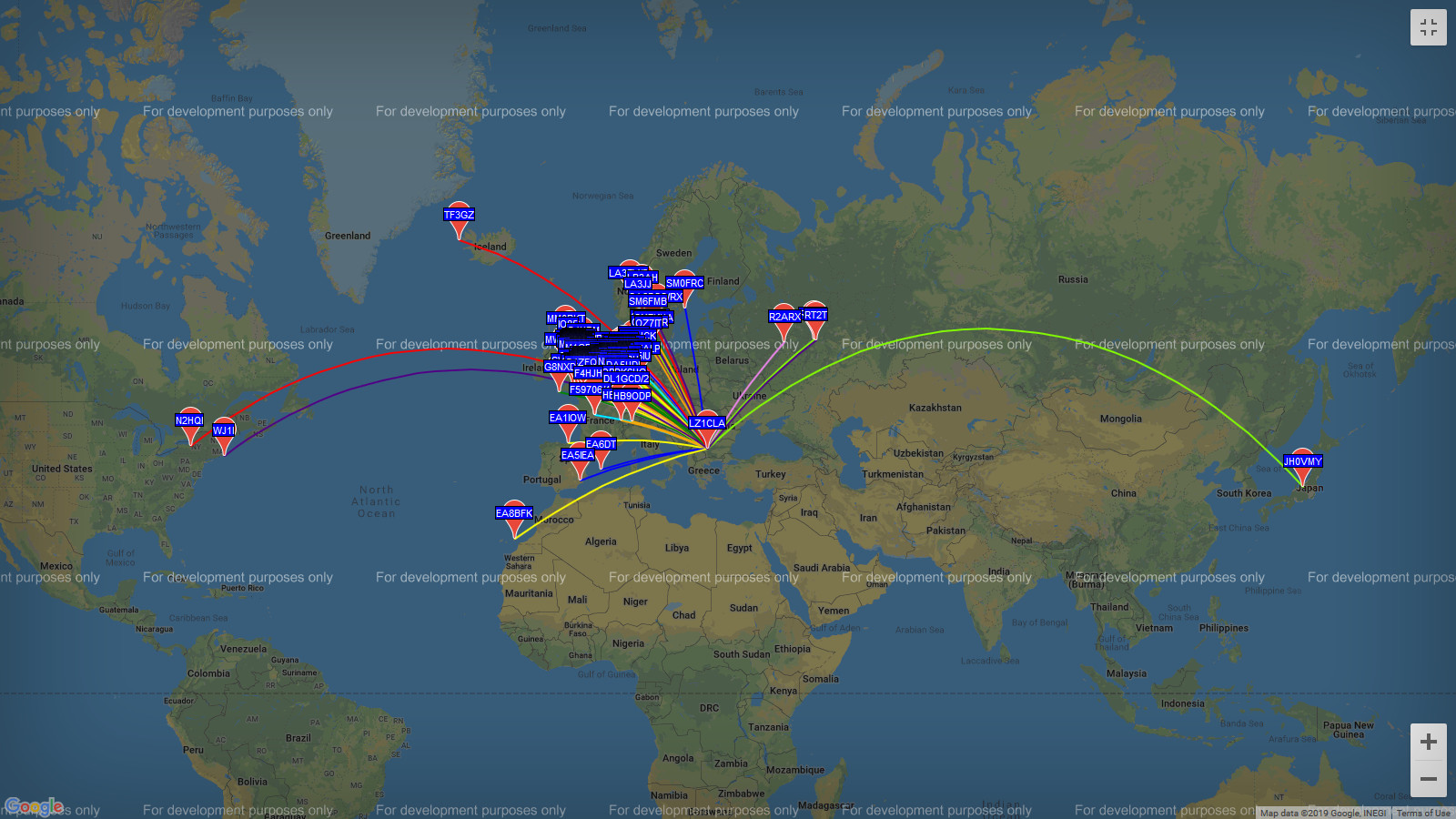 Community member Kiril Miloshev has been interviewed for the Lime Micro Community Hub, on his experiments with Weak Signal Propagation Reporting (WSPR) using the LimeSDR Mini.

“Software defined radios got my attention as they are very universal, and you can do whatever you can imagine with them. Especially ones like the LimeSDR Mini, which are inexpensive yet powerful at the same time,” Kiril explains. “I love the huge frequency range. The full duplex makes it possible to use the device as Antenna vector analyser. The transmit capability gives so many opportunities for experiments.

“I attached a cheap 1W high-frequency (HF) amplifier to the LimeSDR Mini, and with its help I was able to reach Japan, the US, Iceland, the Canary Islands and lots of Europe countries from my home in eastern Europe. The WSPR protocol transmits very slowly with good error correction, and this makes it possible to transmit over such long distances on low power.”

The full interview is available on the Lime Micro Community Hub now.

Daniel Estévez has published a piece on angle-of-arrival experimentation in the 145 MHz amateur band, using a LimeSDR USB connected to two J-pole antennas.

“On April 28, I got together with a few Spanish radio Amateurs to perform some experiments,” Daniel writes. “The ultimate goal of the experiment was to be able to measure the angle of arrival of meteor reflections of the GRAVES radar at 143.05 MHz. However, we also recorded a few other signals, such as the amateur satellite band at 145.9 MHz (intended to perform calibration of the setup) and the APRS terrestrial signals at 144.8 MHz.

“The receiver is a LimeSDR. Its two channels are used to receive coherently from both antennas, so that the phase difference of the signals can be measured easily, in order to determine the angle of arrival. The spacing of 1/2 wavelength for the antennas was chosen to prevent the phase ambiguities that appear with a larger spacing.”

The results of Daniel’s experiments are available on his personal website.

The Osmocom project has announced support for 2G handover in the OsmoMSC (Mobile Switching Centre) software. for both inter-MSC and inter-BSC (Base Station Controller) handovers.

“OsmoMSC master can now do both inter-BSC as well as inter-MSC handover for 2G (GERAN),” writes Neels Hofmeyr of the update. “Until now, only OsmoBSC supported handover, i.e. an ongoing phone call moving to another cell within the same BSC. OsmoBSC since not so long ago can also handover to another BSC, but you needed a third-party MSC for this.

“Now, you can use our stock OsmoMSC for inter-BSC handover. Notably OsmoBSC has also received crucial fixes for handover on AoIP. We also support inter-MSC handover now, i.e. you can handover a 2G call to another OsmoMSC. To handover to/from a third-party MSC, a separate GSUP-to-MAP compatibility layer will have to be added.”

More information is available from the official announcement, along with a request for assistance in adding handover support to Osmocom’s 3G stack.

Southgate Amateur Radio News has drawn our attention to a guide to digital signal processing which, its author claims, requires no mathematical skill or knowledge whatsoever.

Based on a presentation give to the Radio Society of Great Britain (RSGB) in 2017, Alan Messenger’s article is designed to offer a simplified introduction to digital signal processing for the 2019 RSGB syllabus – though is aimed primarily at tutors, rather than candidates.

“It goes slightly beyond the syllabus requirements and is designed to give a basic background into Digital Signal Processing (DSP), enabling Tutors to answer some questions that trainees may ask, and to help tutors develop their own knowledge,” Alan explains. “Links to suggested further reading are given for those who might want to know more.”

Hackaday has highlighted an interesting entry in the 2019 Hacakday Prize competition: a GPS tracking device for bikes which uses Narrowband-IoT (NB-IoT) for communication.

Dubbed “BikePin,” Marin Vukosav’s is based on NB-IoT for two reasons: range and power. While Bluetooth is low power, it’s also low range at around 20 metres; GSM cellular is long range at up to 35km, but higher power; NB-IoT, by contrast, is low power but with a 10-15km range.

“Since this technology doesn’t drain the battery,” Marin explains, “[the] life of the device is prolonged by a large margin compared to not using the GSM standard. The battery life can last up to a year without charging as the device is mostly in sleep mode because of the non constant usage. It is running on ATmega328 microprocessor, including the GPS module that finds the device location and a RTC (Real Time Clock) that puts the device in the correct state.”

More information on the BikePin is available on the Hackaday project page.

Finally, RTL-SDR has brought to our attention to a video demonstrating capture and decoding of High Frequency Data Link (HFDL) communications using SDR-Console and MultiPSK.

In the video, published by Shortwave Bavaria, SDR-Console v3 and the registered edition of MultiPSK are used to capture and decode HFDL communications from aircraft as received through a low-cost software-defined radio connected to a 26.5m end-feed wire antenna with a 9:1 transformer.

This captured and decoded data is then displayed, the location data mapped, and even overlaid on Google Earth as a live, 3D-rotatable plot of flights over a surprising area.

The full video is available now on the Shortwave Bavaria YouTube channel.