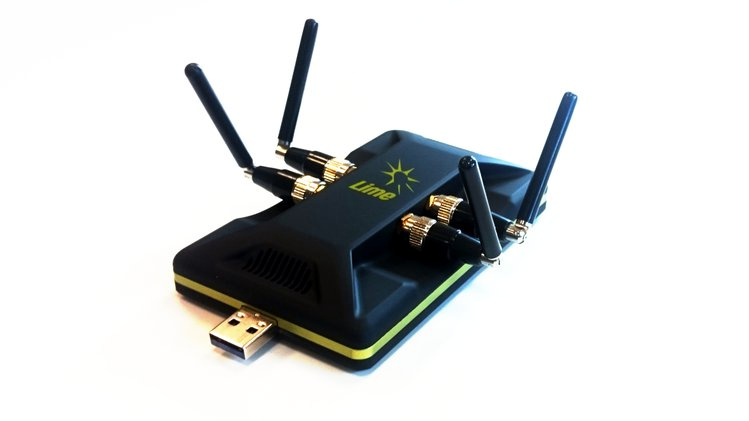 It’s been a solid couple of weeks for the LimeSuite development team, with bug fixes aplenty hitting the project’s GitHub repository – including commits designed to improve the compatibility of LimeSDR hardware with high-frequency (HF) bands.

LimeSuite 17.01.1, the next stable release, is set to include updated gateware images for the LimeSDR Revision 1.4 hardware, along with fixes for NCO up- and down-conversion in the API, a fix for the NCO tuning sign in SoapyLMS7, CGEN clock configuration, and a bug in a Windows resource call. The new version, due to launch in the coming days, will also include updated LimeSDR images to ensure the latest board revisions are correctly recognised on host systems.

For anyone who already has a LimeSDR Rev. 1.4 in front of them and who doesn’t want to wait for official stable builds, the LimeSuite GitHub master branch includes the latest fixes and changes; compiling directly from this branch will bring in all the improvements and fixes for HF support currently available.

If you’re lucky enough to have a LimeSDR of any version to hand, you may want to have a play with the newly-released Bluetooth Low Energy (BLE) sniffer tool from community member Jiang Wei.

Following on from efforts including MATLAB and Foobar2000 support as well as adding continuous integration (CI) to the LimeSuite project, Jiang’s latest contribution offers the ability to sniff BLE advertising packets through the LimeSDR. Jiang is also working on a transmission tool which will allow for the sending of packets matching the Apple iBeacon standard.

The Pothos C++ library has also enjoyed a new release since the last Over The Air, with version 0.4.2 being launched on the 26th of January 2017 and bringing a selection of bug fixes along for the ride.

Pothos 0.4.2 includes an option for using PothosUtil through a proxy server, a fix for the RemoteServer function, an enhanced expression parser which understand nested parenthesised functions, a minor fix to the cmake file, and new Block::isActive, BufferChunk, and ProxyEnvironment calls in the managed registry. As always, the latest code can be found on the project’s GitHub repository.

Our friends at Osmocom have announced the first OsmoCon Conference, to take place in Berlin on April 21st 2017.

The project’s first official conference gathering, OsmoCon 2017 will include a look at the project roadmap and guides on using and developing with Osmocom, as well as talks on running a circuit-switched GSM network with GPRS/EDGE data services, interfacing with voice-over-IP (VoIP), using osmo-iuh to set up a 3G network, and fundamentals of GSM radio frequency planning.

Tickets are available now, priced at €180 ($185/£155), while the venue has been chosen for its proximity to Berlin Central Station to ease transportation.

The DARPA SC2 programme includes the promise of considerable funding for those whose implementations demonstrate the ability to communicate in the face of an overloaded RF environment: the overall winner of the competition will be awarded at least $2 million, with second and third place runners-up getting $1 million and $750,000 respectively. The competition begins properly with the opening of the Colosseum test environment, which will take place for loopback testing in March and full at-scale testing in April.

The Institute of Electrical and Electronics Engineers (IEEE) has scheduled a free webinar on antenna design for a real-time location tracking system for March 9th 2017, to be held by engineer Brian Woods.

During the 60-minute talk, Brian will walk though modelling antennas in software as a means to identify and address difficulties in complex systems, using the example of tracking rapidly-moving RFID-tagged players across a sports field.

Anyone working with frequency modulation (FM) may benefit from investigating Phil Vachon’s TSL-SDR tools, which includes the ability to demodulate multiple FM streams simultaneously even on low-resource systems including ARM-based single-board computers (SBCs).

Brought to our attention by our friends at RTL-SDR, Phil’s tool has a number of benefits over alternative implementations: it’s lightweight, using fixed-point arithmetic and supporting the ARM NEON extensions for boosted performance; it has only a single run-time dependency and requires just two external packages to build; and all configuration can be handled through an easy-to-understand JSON file.

Finally, with winter having its icy grip on half of the planet, a thread on the eHam.net forum offering tips and tricks for cold-weather soldering may help you get your next project up and running with a minimum of fuss.

While the obvious solution is suggested in the first reply – “solder indoors” – for the times when it’s not possible the hams have a range of tricks up their sleeves: using powerful 330W soldering guns, sheltering yourself and the joint to be soldered in a cardboard box to keep the wind off, butane torches, propane irons, and using a wet sponge – or alcohol – to rapidly cool the foam dielectric used in many feed cables.