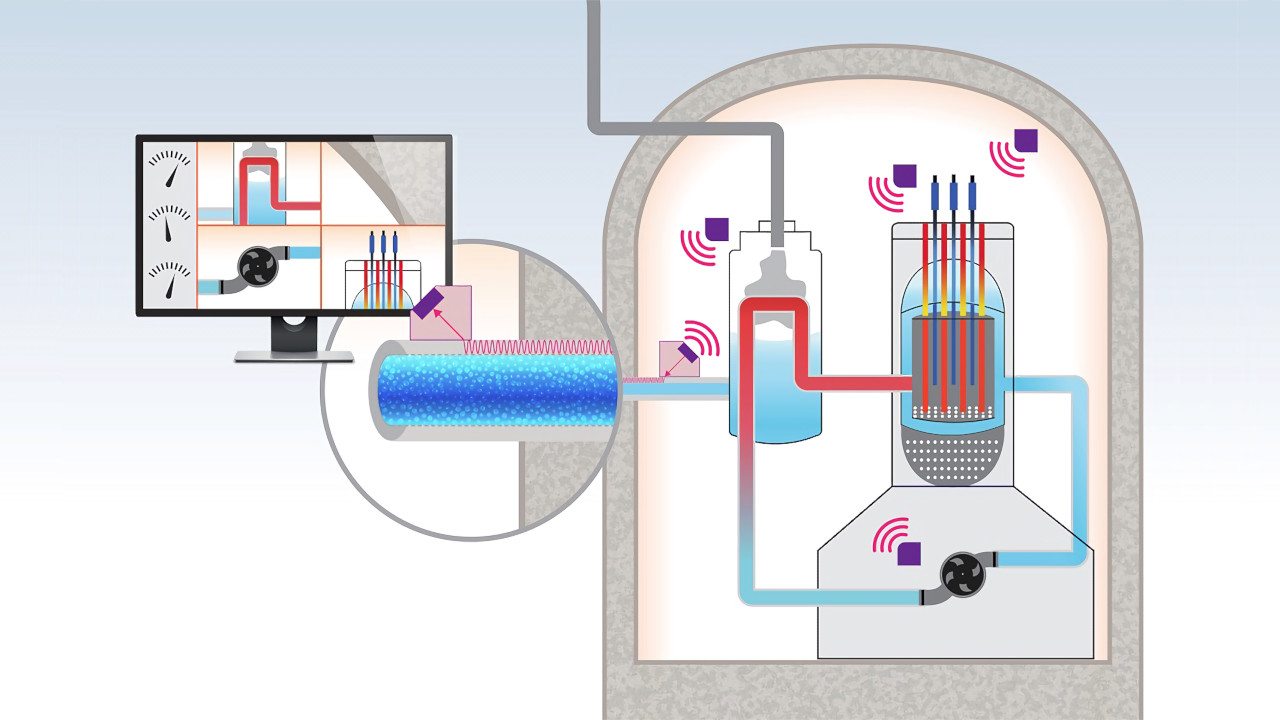 Engineer Mark Zachmann has posted of his work using the LimeSDR Mini to test low-power long-range LoRa radios, as part of an Internet of Things (IoT) project.

“I’m working on a LoRa system at 915MHz. LoRa is a frequency modulation method used on low power IOT devices. Being able to see spectral lines, decipher messages and send messages, is key to successful development. This is a real-life example,” Mark writes. “One of the units I had would communicate sometimes. It worked with some of the units but not others.

“I connected up the Lime and recorded the output spectrum from a packet. Then I did the same with another unit. The two spectra differ by more than 10KHz! Apparently the crystal on one unit is too different. When I set the transmit frequency to 916.01MHz the two communicated perfectly.

“Testing LoRa radios can be difficult but the $140 LimeSDR Mini breezes through this,” Mark concludes, ”once you figure it out.”

Mark’s full write-up can be found on Medium.

Hackaday has brought our attention to a neat antenna build which hides a circular magnetic loop antenna into the body of a patio table.

“The Tableantenna is my version of an invisible loop antenna mounted on the inner board of a 60cm diameter plastic table,” project creator Alexandre Grimberg writes by way of introduction. “This antenna is made on ¾ inch soft copper tube connected to a 265pF variable capacitor. For the frequency adjustment I install a long plastic stick on the capacitor aisle with small knob on the opposite side of the stick.

“The 12cm excited loop cable passes inside the table base tube and then connected to the radio. This antenna covers from 10 MHz to 30 MHz.”

The full build, which Hackaday notes could potentially present a burn hazard for anyone using the table as furniture, is available on Alexandre’s website.

The Thought Emporium, meanwhile, has published a video showcasing a very different antenna build: a giant 2m corner reflector, designed for picking up transmissions from the GOES-16 satellite, built for just $200 in parts.

“I’ve been chasing more and more complicated radio projects for over a year now and I thought it was finally time to invest in a more serious antenna,” the video’s description explains. “But I wanted one that anyone could build, not just one I bought. So I set out to build one as large as possible on the smallest budget.

“Based on a 3d corner reflector design I originally found on neutronstar.joataman.net the design should be more than capable of picking up everything from satellite transmissions from the geostationary band, moon bounces, and will be very useful for radio astronomy.”

The full build video is available on the Thought Emporium YouTube channel.

While the Thought Emporium goes big, Dexter Johnson of the IEEE Spectrum has gone small with a piece on novel beam-steering antennas for 5G New Radio devices, concluding that new approaches can boost range, data rate, and capacity.

“Traditionally, phased-array antennas operate by creating phase shifting in the radio frequency (RF) path to steer beams in a particular direction. Unfortunately, the RF phase shifter degrades signal quality,” Dexter explains. “Now, researchers in Japan have taken an entirely new approach. They use something called a local oscillator to steer the beams. These local oscillators, in combination with a mixer, can change the frequency of the signal. The scientists, from the Tokyo Institute of Technology, believe that this new approach will lead to large-scale phased-array transceivers capable of increasing communication distance, data rate, and network capacity.

“With [this] local oscillator phase shifting approach, we have no need to concern ourselves with the signal quality degradation,” Professor Kenichi Okada, of the Tokyo Institute of Technology, tells Dexter. “The result is accurate phase shifting with small power consumption and a small on-chip area overhead.”

Dexter’s write-up is available on IEEE Spectrum, while the team’s research itself was presented at the IEEE Radio Frequency Integrated Circuits Symposium 2018.

Leti, a research institute of CEA Tech, has announced early results from a field trial of a new low-power wide-area (LPWA) standard based on Turbo Frequency-Shift Keying (Turbo-FSK), with the claim it outperforms both LoRa and NB-IoT implementations.

“Leti’s Turbo-FSK receiver performs close to the Shannon limit, which is the maximum rate that data can be transmitted over a given noisy channel without error, and is geared for low spectral efficiency,” claims Leti’s Vincent Berg in a press release republished by Solid State Technology. “Moreover, the waveform exhibits a constant envelope – i.e. it has a peak-to-average-power ratio (PAPR) equal to 0dB, which is especially beneficial for power consumption. Turbo-FSK is therefore well adapted to future LPWA systems, especially in 5G cellular systems.”

Details of the trial have not yet been released to the public, but information on Turbo-FSK itself can be found in this 2016 open-access research paper.

Software giant Microsoft has announced a partnership with Radwin to develop broadband connectivity using TV white space spectrum, made available following the switch from analogue to digital transmissions, as a means of connecting currently under-served communities.

“The TV white space radio ecosystem is rapidly growing, and we are excited to work with Radwin to bring innovative technologies to market at a global scale,” explains Paul Garnett, senior director of the Microsoft Airband Initiative. “Our partnership with Radwin, a recognised global leader in fixed wireless broadband access, will help address the rural broadband gap for residents and businesses, enabling farmers, healthcare professionals, educators, business leaders and others to fully participate in the digital economy.”

“Radwin is a leading provider of broadband access solutions, enabling service providers globally to connect unserved and under-served homes and businesses,” adds Sharon Sher, Radwin president and chief executive. “We are therefore very excited to be Microsoft’s partner in leading a global effort to connect rural communities and grow the TVWS ecosystem in the U.S. and around the world. The addition of innovative TV White Space solutions to Radwin’s portfolio, which complements our sub-6GHz and mmWave fixed wireless offering, would enable our service provider customers and partners to extend their footprint by connecting more remote subscribers in challenging deployment use cases, penetrating through terrain obstructions and vegetation, and therefore helping to close the digital divide.”

The partnership forms part of Microsoft’s Airband Initiative, with more information available from the official website.

RTL-SDR has brought a trio of topics to our attention this fortnight, starting with the news of a new heatmap generator plugin for the popular SDR# software.

Developed by Alex Shovkoplyas, the HeatMap View plugin is currently able to generate heatmaps from data collected by the rtl_power package directly within SDR#. “Tick the Enabled check box in the plugin settings panel, or double-click on a heatmap name in the list of heat maps,” Alex explains of its use. “A new panel with a heatmap will appear above the band scope. Use these commands to browse the heatmap: zoom in and out using the mouse wheel; pan the heatmap by dragging the mouse; tune the radio by clicking on a signal trace.

A sample heatmap is included with the plugin, while custom heatmaps can be collected by capturing data with rtl_power the loading them into the plugin. The software’s source code is made available under the permissive MIT Licence on the project’s GitHub repository.

A project which has been running since last year and which is detailed throughout multiple posts on the blog, Christoph’s work has resulted in the release of a TDoA calculation package which analyses waveform data with Global Navigation Satellite System (GNSS) timestamps from the kiwiclient software and uses the known position of the KiwiSDR receivers themselves to calculate the position of transmitters.

Christoph’s software is available via GitHub under the GNU General Public Licence v3.

The final RTL-SDR piece which caught our eye this fortnight details the creation of a new GNU Radio block for decoding images from the Meteor M2 weather satellite, created by Reiichiro Nakano.

“I converted this Meteor decoder to C++ and placed it within a GNU Radio block for direct decoding of Meteor M2 images,” Reiichiro explains of his creation. “It’s a sink that expects soft QPSK demodulated signed bytes. Once the flowgraph stops running, it parses out received packets and dumps the received Meteor images in a specified location.”

The GNU Radio block forms part of the Infostellar Starcoder software repository, and its source code is made available under the GNU General Public Licence v3 as part of the larger Starcoder project.

Finally, the US Department of Energy (DOE) has released information on a project to receive communications data from sensors in one of the most challenging environments around: the inside of a nuclear reactor during a power outage.

A project of the Argonne National Laboratory lead by Alexander Heifetz, the work is designed to find a solution for communicating sensor data when the power is out – made somewhat difficult by the fact the sensors are on the wrong side of a four-foot-thick concrete wall specifically designed to lock radiation inside. “Communicating over pipes that penetrate the containment-building walls is the only option,” Alexander explains.

Due to be presented at the American Society of Mechanical Engineers’ International Congress and Exposition in November, the Argonne team’s solution is to use acoustic communication via the metal pipes which penetrate the wall – a solution which allows, engineer Roberto Ponciroli claims, for at least 72 hours of uninterrupted monitoring without any external power.

“We are not trying to replace wireless communication with acoustic communication,” electrical engineer Sasan Bakhtiari explains of the project, which has successfully communicated useful data over a six-foot pipe built to the same specifications as the actual reactor piping. “This is complementary to RF technology.”

More information on the project is available from the DOE NewsWise service.