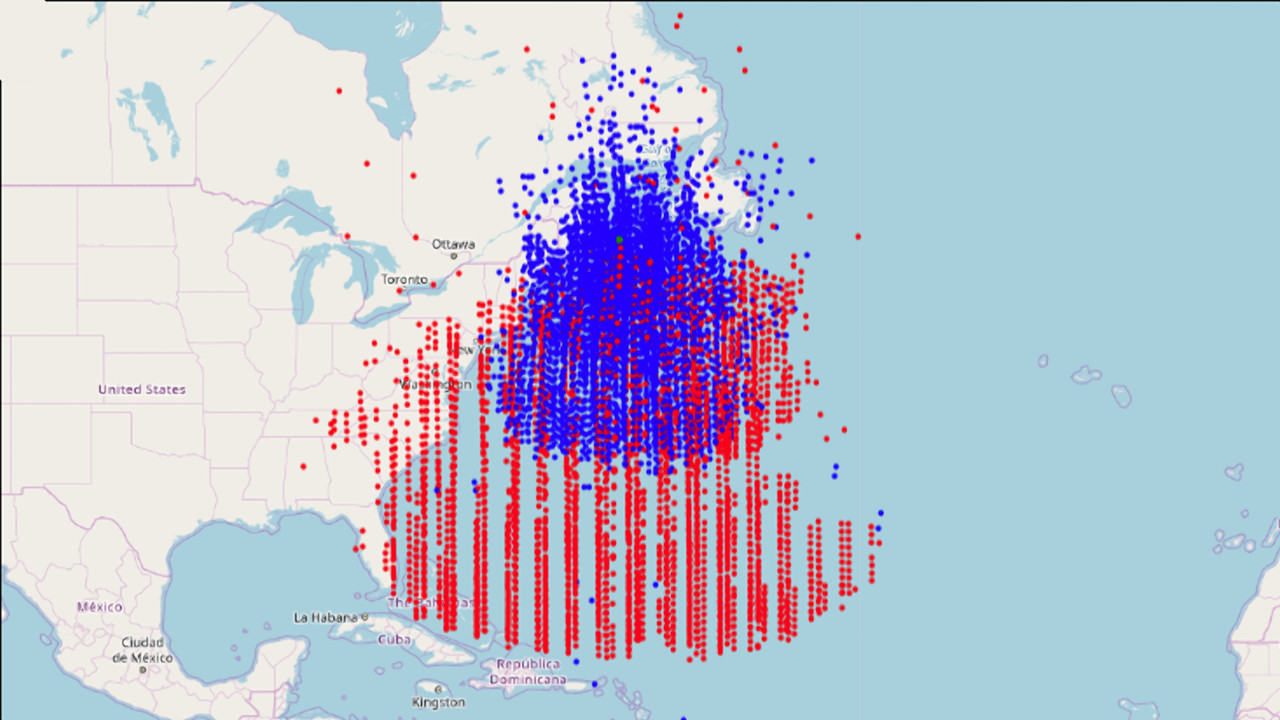 Luigi Cruz has released version 3.0 of PiSDR, an SD Card image for the Raspberry Pi pre-loaded with software defined radio tools compatible with the LimeSDR – and, as of this latest release, the LimeNET Micro too.

This latest release of Cruz’ PiSDR includes support for the Raspberry Pi 4 Model B, the newest and most powerful of the single-board computer family and the first to offer up to 4GB of RAM and high-speed USB 3.0 connectivity to external devices including software defined radios, and new support for the LimeNET Micro all-in-one SDR and general-purpose processing (GPP) platform powered by the Raspberry Pi Compute Module 3+.

The image, which can be flashed onto a 16GB or larger microSD, is now compatible with the entire Raspberry Pi family – including the ultra-low-cost Raspberry Pi Zero range – and comes with tools including GNU Radio, SDR Angel, LimeUtil, and LimeVNA, plus the drivers required to use SDR hardware on the system.

The image can be downloaded from the official website, while those interested in contributing to the project can do so on the GitHub repository.

The OPS-SAT “space laboratory,” on which anyone is able to apply to be an experimenter, has successfully launched and begun transmitting back down to Earth.

“Consumer electronics have gone through a revolution over the last 30 years with computers becoming ever faster, smaller and better. But when it comes to million- or even billion-euro satellites, their onboard hardware and software have not seen this revolution because of the risks of testing new technology in flight,” explains the European Space Agency (ESA) of the project. “As spacecraft managers dare to fly only tried-and-tested hard and software in the harsh conditions of space, innovation on the operational side of satellites is a very slow-moving process.

“This is where OPS-SAT steps in, bringing down the barriers to spacecraft operations it provides a chance to safely test out new mission control techniques. Anyone can apply to become an ‘experimenter’ and test their innovative software and new mission operations techniques in space.”

The Libre Space community has been monitoring the launch and confirmed the receipt of OPS-SAT’s first transmissions. The ESA, meanwhile, has published the source code for OPS-SAT reception on GitHub under the GNU General Public Licence Version 3.

The FloripaSat-1 CubeSat, meanwhile, is scheduled to launch today, carrying with it a VHF beacon plus a UHF repeater open to the ham radio community.

“FloripaSat-1 is a CubeSat develop by students at UFSC in Florianópolis, Brazil,” explains Lorenzo Lima Franco Maturano, a member of the ground station team. “The CubeSat is going to be launched 20/12 aboard a Long March rocket together with CBERS 04A (main payload). We’ve develop a Ground Station software in order to facilitate decoding the CubeSat data and sending commands.”

The FloripaSat-1 includes a 145.9 MHz beacon using the NGHam and AX.25 protocols with GFSK modulation, while the UHF up and downlinks are on 463.1 MHz and the NGHam protocol. The uplink includes three commands available to radio amateurs: “Data Request,” including the ability to recall historical data; “Ping,” to test communications; and “Message Broadcast” to retransmit any arbitrary text message up to 20 characters long with the callsign of the original source included.

More information on the project is available on the official website, while the ground station software developed for FloripaSat-1 can be found on GitHub under the GNU General Public Licence Version 3.0.

“IridiumLive is a Blazor server application which allows for the real-time vizualisation of the iridium satellites as they pass above your location,” the projects developer explains. “This is my first .NET Core web app. Blazor on top of it. Be gentle!”

The data itself comes from gr-iridium, which detects and demodulates Iridium bursts as part of the Iridium Toolkit project – and, as a result, is compatible with a wide range of software defined radio devices. IridiumLive, meanwhile, installs as a server which loads its user interface via a web browser – and, if chosen, can be forwarded for access from outside the local network.

IridiumLive is available now on the microp11 GitHub repository, under the GNU General Public Licence Version 3.0.

Version 0.6.0 of LuaRadio has been released, adding new blocks and network capabilities alongside a range of bug-fixes.

Built on LuaJIT, LuaRadio aims to offer a GNU Radio-like flow graph signal processing framework in a binary footprint of just 750kB. “LuaRadio can be used to rapidly prototype software radios, modulation/demodulation utilities, and signal processing experiments,” its maintainers explain. “It can also be embedded into existing radio applications to serve as a user scriptable engine for signal processing.”

The latest version is available to download from the LuaRadio website now, with full source available under the MIT Licence.

“I listen to shortwave stations from time to time, from Europe, and South America mainly,” creinemann explains. “But, of course, most of them don’t speak English, and I don’t understand the foreign language. So about a year ago, I thought, why not try and use Google Translate to translate live. To my surprise, it worked quite well (not perfect but you will get the basis of a conversation.)”

The trick lies in routing the demodulated audio received by an SDR into the ‘microphone’ input in Google Translate. Although designed for use with real microphones re-routed audio can be picked up, recognised and transcribed into text, then automatically translated – with a few caveats. “The slower the words coming in the better,” creinemann admits. “When the speech is so fast, it gets garbled easily. Only small blocks of words get translated, don’t expect a complete translation. And obviously the clarity of the receiving station makes BIG difference.”

The full post is available on Reddit, where commentors have suggested trying alternative voice-recognition and translation services including Amazon Polly and Mozilla’s DeepSpeech.