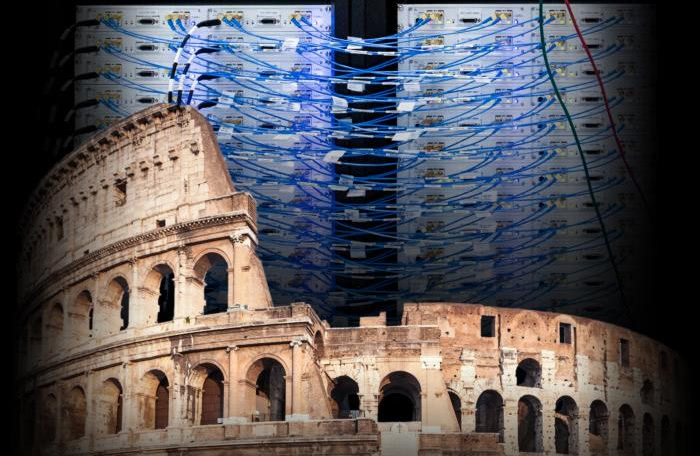 For anyone eager to be at the cutting-edge of project development, there’s now an email subscription option which will alert you every time a Myriad-RF project is updated with per-project tracking to keep things entirely on-topic.

Build around the official projects pages, the subscription forms now appear at the bottom of each project’s page – including these Over The Air posts, allowing you to keep up-to-date on all the latest topics of interest to the wireless and software-defined radio (SDR) communities. Subscriptions are on a per-project basis, so you can choose to track updates to the LimeSDR hardware while ignoring the Lime Suite software or vice-versa, and don’t require registration to the forum or any other participation in the Myriad-RF website: just enter a valid email address and click Subscribe.

Your email addresses will, naturally, be kept private and not used for any other purposes. If you’ve subscribed to ClockTamer and nothing else, then that’s all you’ll hear about – no spam, no promotional messages, just pure on-topic updates. The subscriptions are powered by the popular MailChimp platform, and you can choose to unsubscribe again at any time.

For regular Over The Air readers, a call to action: there’s now a dedicated tips submission email, ota@myriadrf.org, for anything you’ve spotted – or, better still, anything you’re working on – that you think would be of interest to the community.

If there’s something you’d like to see covered in an issue of the fortnightly OTA update, just send an email with a brief summary and, if applicable, a link for more information. As with the project update subscriptions, your privacy will be respected: you won’t be subscribed to anything or have your email address shared, though we may be in touch if we’d like to talk to you about a particularly exciting project you’ve got under-way.

The suggestion-box email can also be found on the Over The Air project page, along with the aforementioned subscription link to receive each issue as it is published.

On the topic of updates, anyone using the Pothos C++ library is advised to switch to release 0.4.3, launched late last week, to receive fixes for a couple of minor bugs.

Launched on the 23rd of April, three months after Release 0.4.2, Pothos 0.4.3 is a minor point release with just two notable changes: a fix for issues with the arguments for the RemoteServer process in conjunction with selected shells, and a fix for a typo in DeviceInfoUtils registration. While neither are major changes, anyone building around Pothos is advised to switch to the new release to avoid any potential problems.

As always, the latest Pothos code is available from the official GitHub repository.

The LimeNET crowdfunding campaign, which aims to raise funds for the production of a high-performance all-in-one basestation system built around the LimeSDR, has an official launch date: the 18th of May.

Described in detail in an earlier OTA, the LimeNET systems use high-performance Intel Core i7 processors and LimeSDR modules – connected via USB or PCI Express, depending on model – to create all-in-one software defined basestations running Canonical’s Ubuntu Core operating system. The design allows for ease of use: functionality can be enabled or disabled by installing and uninstalling self-contained ‘Snap’ applications from an official repository.

The campaign, which like LimeSDR’s is being run through Crowd Supply, is due to go live on the 18th of May following extended discussions with partners on extending and enhancing the devices. Full details are available from the Crowd Supply campaign page.

Users in the Myriad-RF forum are making considerable progress with OpenAirInterface implementations, sharing configurations which allow the software to interact smoothly with the LimeSDR.

Designed to allow 5G cellular radio operation using under an open-source ecosystem the OpenAirInterface project aims to be a fully-functional 5G software stack, with a goal of tracking the 3GPP standardisation process from Release 13 onwards. At present, it offers a standard-compliant implementation of a subset of Release 10 Long Term Evolution (LTE), making it entirely functional as a basis for research and experimentation on cellular networking and a great companion tool for the LimeSDR.

Experiments in using OpenAirInterface with the LimeSDR have revealed that, once correctly configured, the platform is extremely stable: user equipment (UE) linked to the LimeSDR-powered networks have been reported as running for hours without any los of connectivity and with impressive performance, though connections and disconnections can sometimes result in ‘stuck’ connectivity.

Described in more detail in an earlier OTA, DARPA’s Spectrum Collaboration Challenge seeks to find technologies for more efficient use of crowded radio spectra – and the Colosseum is a key part of the testing criteria, but one which the organisation hopes will prove useful for research long after the challenge is completed.

“The Colosseum is the wireless research environment that we hope will catalyse the advent of autonomous, intelligent, and—most importantly, collaborative radio technology, which will be essential as the population of devices linking wirelessly to each other and to the internet continues to grow exponentially,” said programme manager Paul Tilghman at the opening of the Colosseum, a 30-by-20-foot room at the Johns Hopkins University Applied Physics Laboratory (APL). “The Colosseum can make the radios believe they are operating in an open field, a dense city, a suburban shopping mall, a desert, or any other scenario you can dream up.”

Finally, Lucas Teske has shared the results of head-to-head low-noise amplifier (LNA) testing with a focus on high- and low-rate transmission reception from the Geostationary Operational Environmental Satellite (GOES) system.

Brought to our attention by RTL-SDR, Lucas’ experiments – described self-effacingly as “small and crude” – centred around the performance of two low-cost LNAs: the LNA4ALL and the SPF5189. Interestingly, Lucas reached a conclusion which may explain the variable results people receive from seemingly-identical LNA models: “There are several boards that use SPF5189 and the board design impact the performance about as much as the actual LNA chip,” he explains. “With LNA4ALL you will be sure that you have a good board, with SPF5189 […] be warned that you might get a LNA that doesn’t match exactly what you want.”