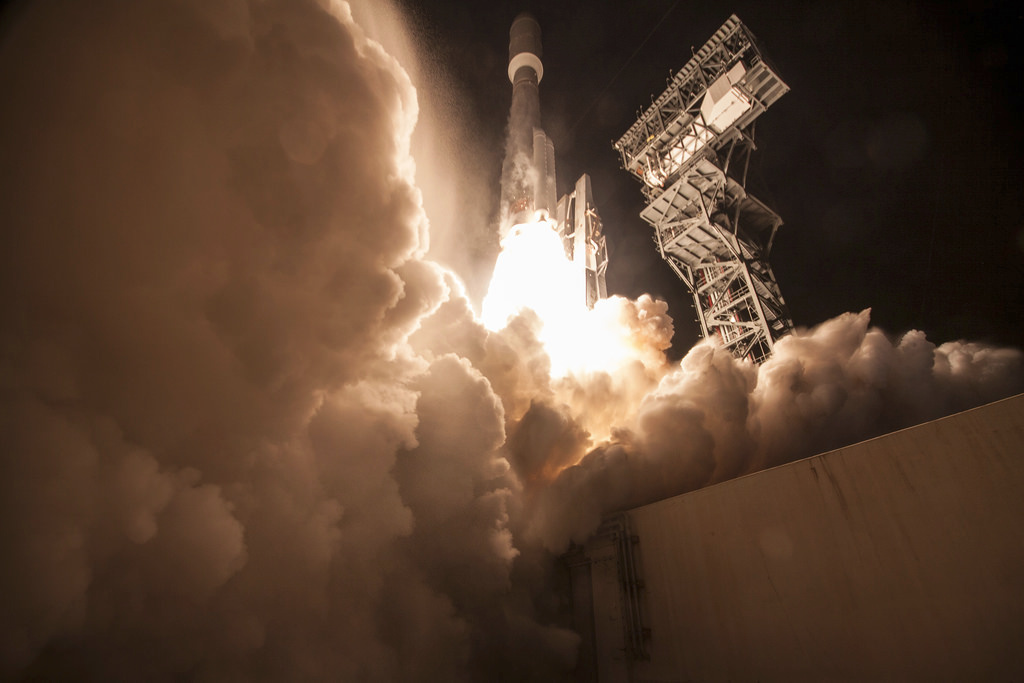 Over The Air is our newly-launched fortnightly round-up, bringing you the latest on topics of interest to the software defined radio community as curated by technology journalist Gareth Halfacree.

The US National Oceanic and Atmospheric Administration (NOAA) has successfully launched GOES-R, its most advanced weather monitoring satellite, and is proceeding to move it into its permanent geostationary orbit.

“GOES-R is one of the most sophisticated Earth-observing platforms ever devised,” claimed NOAA administrator Kathryn Sullivan of the device, which will be designated as GOES-16 when it enters its final orbit over the coming days. “GOES-R’s instruments will be capable of scanning the planet five times faster and with four times more resolution than any other satellite in our fleet.”

As with NOAA’s other GOES satellites, the data from GOES-R is publicly available using the official receiving station building guide. An example of amateur reception of GOES broadcasts can be found from Lukas Teske, who is working on a series of guides for high-resolution image data reception and assembly.

To maximise reception quality from NOAA satellites, though, a 137MHz bandpass filter is advised; thankfully, Lukas has advice on that topic, too.

Based on work published last year by Adam 9A4QV and recently demonstrated on YouTube, the simple DIY bandpass filter can significantly improve reception of NOAA satellite data even in marginal areas.

Development on the excellent LuaRadio package, the flow graph signal processing framework we covered last week, continues apace with the release of version 0.5.0.

A minor but recommended update from LuaRadio v0.4.0, the latest version adds two new blocks to the mix: UHDSource and UHDSink. These are to be followed in v0.6.0 by TCPSource and TCPSink, while the developers are still working to a release roadmap that will see sources and sinks including the audio system in Apple’s macOS, the Nanomsg network socket library, and a linear-feedback shift register random number generator added in subsequent releases.

As always, the latest information and source code can be found on LuaRadio.io.

A neat demonstration of the flexibility available in software defined radio comes courtesy the London Shortwave blog, where a project to build a shortwave spectrum capture device in a portable form-factor has been exhaustively detailed.

Based around a low-cost Windows 8 tablet and an SDR module, the system is capable of capturing data on an entire frequency range – demonstrated to work across two broadcast bands and a HAM band – for later offline analysis and scanning. The entire unit fits into a small briefcase, though in active use requires its two antennae – six metre lengths of copper wire – to be strung from handy nearby trees for signal reception.

It’s a praiseworthy creation, and we’re looking forward to see similar projects from the LimeSDR community.

Based on reverse engineering research conducted by Matt Knight, the gr-lora module allows software defined radio systems to communicate directly with other LoRa devices without the need for a dedicated hardware PHY.

Its creators say the gr-lora module should help to “empower developers and researchers alike to explore this nascent protocol and make it more secure.”